Manifesto: On Never Giving Up by Bernardine Evaristo review – voyage of discovery 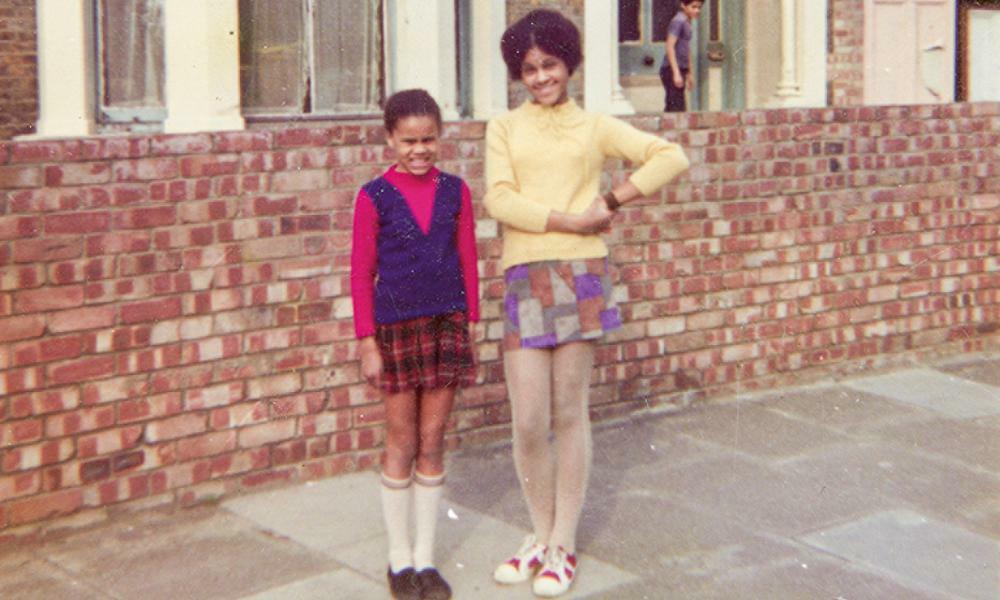 Bernardine Evaristo always fancied winning the Booker prize. When Lara, her semi-autobiographical verse novel fictionalising her family history, was published in 1997, she wrote a note saying that she would one day receive the prestigious award. “A wild fantasy because I was as far away from winning it as a writer could be. Yet I’d seen how winning that prize could improve writers’ careers, bringing their work to mainstream attention,” she says in Manifesto, her memoir about perseverance. More than 20 years later, in 2019, Evaristo did win for Girl, Woman, Other, a multi-voiced novel about Black British womanhood, sharing the award with Margaret Atwood. This historic moment was polarising; some argued that it was a huge disappointment that rules were broken to split the prize the first time a Black woman won. But in Manifesto, she makes clear where she stands: “Two women, two races, two nations, two generations – two members of the human race.”

This kind of ad-speak for equality pops up often in this book. “We liked the same music and television programmes, breathed the same air, ate the same food, had the same feelings – human ones,” she writes, considering her desire to fit in with white friends. Ironically, she fails to apply these same sentiments to her Nigerian father. “I was embarrassed by his very dark skin and remember crossing the road when I saw him walking towards me. It was internalised racism, pure and simple.” External evils plagued her too. Bricks were thrown through the window at home, her extended family tried to warn her mother against “producing inferior mongrels” and, later, she was rejected from numerous creative opportunities. “Any person of colour applying to most drama schools came up against institutional racism.”

Evaristo, 62, was one of eight children born to an English mother and the aforementioned Nigerian father. A middle child with “too much personality”, she grew up in a 12-room detached house in Woolwich, south-east London, a home that could be the premise of a sitcom. One episode would be about the bathtub her father bought but never installed, forcing the whole family to wash in sinks. Another would focus on the garage he built without a roof, and the bare rafters he fell through in the attic, leaving a “father-shaped wound in the ceiling”. The Evaristos took in lodgers over the years, among them a family from Goa, India. “The house must have groaned under the weight of so many residents,” she writes. “The older children left after a while but seven of them remained with us for two years, adding to our family of 10.”

A fling with a ‘docile, sweet-natured, spiritual man’ restored her sense of self and willpower

Evaristo chronicles her housing history as an adult, from a room painted floor to ceiling in “dazzling red gloss paint” in a cheap housing association property earmarked for demolition to a rented flat in Notting Hill, west London, which the landlord’s son broke into while she was away on a writers’ retreat. “He had won. I was 42; he was a 19-year-old shit.” This is one of the most illuminating chapters. Housing is so rarely discussed in the creative industries, and yet it’s one of the biggest barriers to success, especially in London.

“My creative life has been inextricably interwoven with my romantic entanglements with other people,” she recalls in a chapter cataloguing her crushes, flings, relationships and sexuality. We hear about a loving long-distance affair with a Dutch woman and about “the Mental Dominatrix”, a woman twice her age who was psychologically controlling. “Once, there was a public book launch with readings for an anthology that featured some of my poems. TMD persuaded me that she was better at reading my poetry than myself,” she laments. On another occasion, she tried to convince Evaristo not to submit her poetry manuscript to publishers, suggesting, instead, that she print them and sell them from a suitcase on the street. Even when things turned violent, leaving wasn’t easy for Evaristo. But a fling with a “docile, sweet- natured, spiritual man” restored her sense of self and willpower. “If I had stayed with TMD, doubtless I would have stopped writing altogether.”

Evaristo details the backstories of each of her books, including The Emperor’s Babe (2001), Soul Tourists (2005) and Blonde Roots (2009), and the chaotic problem-solving involved in creating them. How some started out as poems or short stories and developed into full-length books. How some flowed easily, while others were thrown in the bin and rewritten completely. “If I had to choose just one of my books to give to my younger self to read, it would be this one. I think she’d get a lot from it,” she says of Girl, Woman, Other.

The fact that Evaristo wasn’t an overnight success meant that on her slow but resolute trek to the top she was able to see the cracks in the creative industries and improve the lives of marginalised people. She co-founded Theatre of Black Women in 1982 and Spread the Word, a writer development agency, in 1995, initiated the Complete Works, a poetry mentoring scheme for people of colour, in 2007, and founded the annual Brunel International African Poetry prize in 2012.

Her contribution to British literature is incontestable – not least now it’s hanging from a sovereign-gifted ribbon. Interestingly, there isn’t a single mention of her MBE for services to literature, despite her proclaiming that “full participation in this country includes the national gongs”. In an interview, she said she believed that if Black and Asian authors didn’t accept them, “then they become white honours for white British people”. Could the onus be on white authors not accepting them, then?

“You cannot divorce Britain’s imperialist history from its national identity,” writes Evaristo in Manifesto, reflecting on when she started learning about Black history. Now, she admits, she no longer “throws stones at the fortress” and, instead, sits inside its chambers “having polite, persuasive and persistent conversations about how best to transform outmoded infrastructures”. Later, though, she says that “society operates via powerful and often impenetrable networks that uphold its tribal hierarchies, so we must establish our own systems as countermeasures”.

If the politics in Manifesto sometimes feel confusing, many readers will be grateful for a guided tour into the mind of a literary pioneer.

• Manifesto: On Never Giving Up by Bernardine Evaristo is published by Hamish Hamilton (£14.99). To support the Guardian and Observer order your copy at guardianbookshop.com. Delivery charges may apply