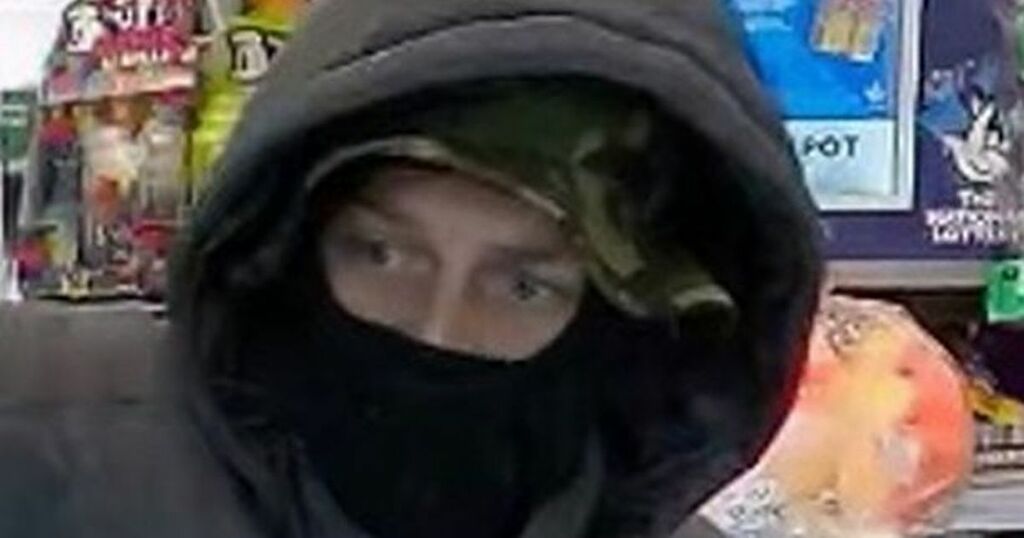 A thug who removed a machete from his pants as he robbed a shopping has sparked a manhunt.

The blade-wielding brute left a shop assistant terrified after demanding he empty the cash register and made violent threats.

The shop worker was uninjured but left very shaken by the ordeal, which saw him threatened with a machete.

Police are now appealing for the public to help them find the thug who left the shop empty handed.

CCTV images have been released of the man officers want to speak to in connection to the armed robbery which took place on Friday August 6.

Detectives believe the man pictured may have information that could help their inquiries, according to a report in Liverpool Echo.

Detective Inspector Leanne Hobin said: “Thankfully the shop assistant was not injured and was able to trigger an alarm but this would still have been a very shocking incident for him to endure.

“Robberies are not victimless crimes and people just going about their business and trying to do their job should not have to endure such behaviour.

"We need to find the person responsible and bring them to justice so they can’t threaten anyone else in such a manner.

“I would appeal for anyone who recognises this man to come forward and speak to us as we believe he could help with our enquiries.”

Anyone with information is asked to contact Merseyside Police via Twitter (@MerPolCC) or Crimestoppers, anonymously, on 0800 555 111 quoting reference 21000547623.