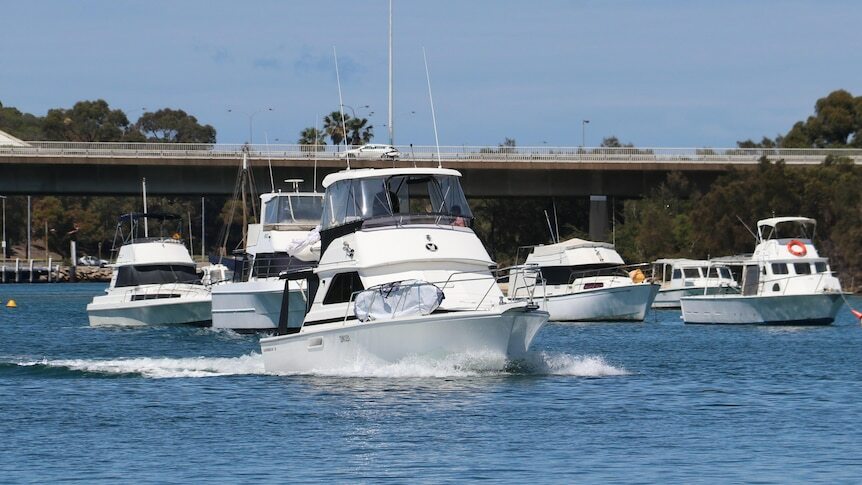 The Western Australian Government has finalised a swathe of new marine safety rules that will see life jackets and other equipment mandated in certain circumstances.

Life jackets will become mandatory for anyone on a vessel smaller than 4.8 metres in length that is operating more than 400 metres from shore.

For children older than one and younger than 12, life jackets will need to be worn when 400 metres offshore on a vessel of any size whenever they are on deck.

Boat owners will also have a five-year transition period during which they will need to upgrade their EPIRB (emergency position indicating radio beacon) to a GPS-enabled EPIRB.

"Basically, if you can afford a boat, you should be able to afford this equipment."

New electronic flares get the OK

Water users will also be able to swap out pyrotechnic flares for an electronic night signalling device, if they are also carrying or wearing a GPS enabled EPIRB.

An electronic night signalling device emits a red light which can be seen at night up to two nautical miles away.

It has a battery life of up to 12 hours, as opposed to regular flares, which burn for just a few minutes.

While the changes to equipment requirements do not apply to users of surfboards and paddle-craft, they will apply to kite-surfers, windsurfers, and kayakers when more than 400 metres from shore.

"As soon as you go past that, that starts getting difficult in terms of distances to swim, and often we'll have to send rescue teams out if something happens," said the Department of Transport's Chris Mather.

Anyone operating more than four nautical miles from shore will also be required to carry either a HF or VHF marine radio.

"This is all about saving lives and getting that balance between freedom on the water and having the necessary equipment on board to save lives," said Transport Minister Rita Saffioti.

Among those supporting the new rules was Shiralee Sloan, the widow of Tuan Pham who was lost at sea during a fishing trip near Rottnest Island in 2018.

Ms Sloan said things might have been different had they been wearing life jackets.

"There's five little boys out there now growing up without their dads, and it's something so easy as putting on a life jacket," she said.

Department of Transport investigations have shown that more half of recent fatalities in WA waters could have been avoided if life jackets were used.

There were 23 proposals to come out of the Recreational Vessel Safety Equipment Review that have been accepted.

It was hoped they would be legislated in time for the 2022/23 boating season.