Manchin suggests he may support a $1T-$1.5T spending agenda 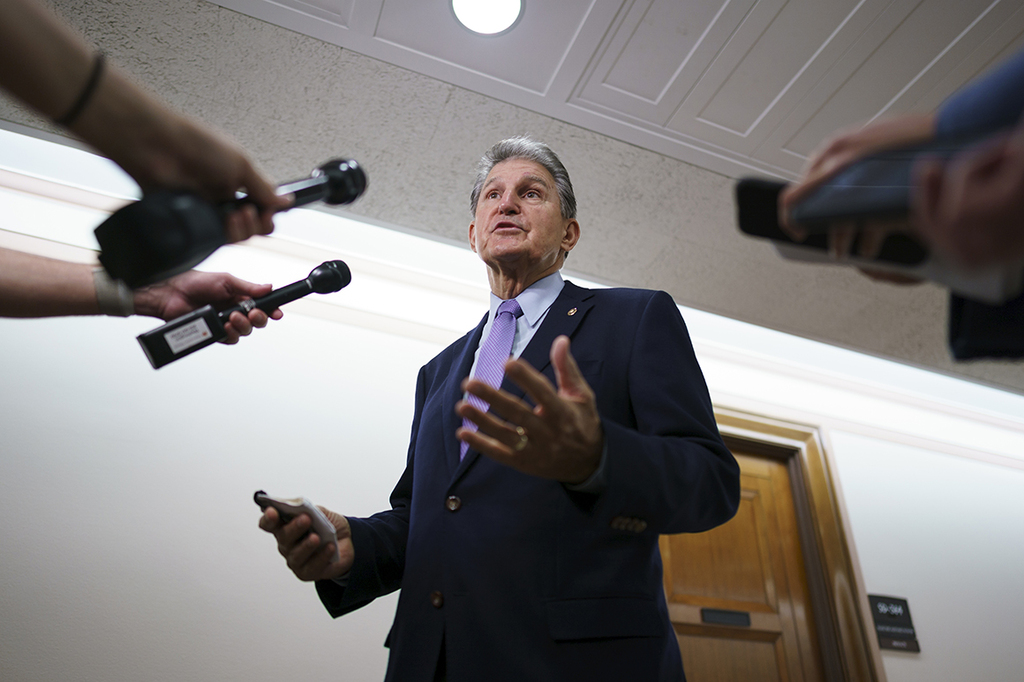 Sen. Joe Manchin on Sunday gave an indication of the dollar amount he might support spending on Democrats’ reconciliation bill, as he continued to stand firm against their proposed $3.5 trillion plan.

Manchin then added a caveat that his number would be $1 trillion to $1.5 trillion only if the reconciliation bill maintains a “globally competitive” tax code, which he said the current $3.5 trillion plan does not.

Manchin’s statement was quickly slammed by another guest on the CNN show, Sen. Bernie Sanders (I-Vt.).

"No, it is absolutely not acceptable to me,” Sanders said of Manchin’s $1.5 trillion ceiling. Sanders, perhaps the most vocal Senate proponent of a much broader package, said progressives had already compromised enough.

Manchin’s comments on Sunday are a continuation of his hard-line position against Democrats’ social spending plan, which tackles issues such as climate change, health care, taxes and education. The moderate Democrat last week penned an op-ed urging a “strategic pause” on the massive spending plan, citing concerns of inflation and national debt. In a Senate divided evenly between Democrats and Republicans, his voice carries huge weight.

His continued opposition comes as Senate Democrats are pushing full speed ahead on the bill, aiming to hammer out its details this week and get it to the House for a vote by Sept. 27 — which Manchin on Sunday said would not be possible.

Manchin stressed the $1.2 trillion bipartisan infrastructure bill he helped negotiate is what Congress should be focusing on instead, saying its passage “is the most urgent thing that we have to do.” He also addressed threats from progressive Democrats to not pass the infrastructure bill unless he gets on board with the $3.5 trillion agenda.

“If they play politics with the needs of America, I can tell you, America will recoil,” he said.