Legislation by Democratic Sen. Joe Manchin III of West Virginia that would overhaul the federal permitting process for energy and infrastructure projects received the endorsement on Thursday of his fellow Mountain State senator, Shelley Moore Capito, who had previously introduced a Republican bill to counter Manchin’s.

Their bills have at least one provision in common: the approval of final permits for the unfinished Mountain Valley Pipeline, which would transport natural gas from their home state.

Even as Capito said she’d support Manchin’s proposal if it is included in a stopgap spending bill to keep the government running after Sept. 30, Democrats were raising voices in opposition to the legislation — or at least to its inclusion in the spending bill or other must-pass legislation.

Majority Leader Charles E. Schumer has said Manchin’s legislation will be folded into that continuing resolution, or CR, for which the full text has not yet been released. The agreement was reached as part of a deal to secure Manchin’s support for the climate, health care and tax law signed last month.

The White House endorsed that plan Wednesday evening after Manchin released the long-awaiting text of his permitting legislation.

On a Thursday call with environmental groups reacting to the release of the draft text, House Natural Resources Chairman Raúl M. Grijalva, D-Ariz., said that while he would likely support the CR without the permitting provisions, “it becomes very difficult” to support the bill if Manchin’s language is included.

Instead, he said the House should vote on the CR and permitting legislation separately to allow those who oppose the latter to vote against it without also voting to shut down the government.

Rep. A. Donald McEachin, D-Va., was more firm, saying there were no circumstances under which he would vote for Manchin’s proposal, “whether it’s a stand-alone or attached to a must-pass bill.”

Earlier this month, Grijalva spearheaded a letter asking House leadership to hold two separate votes, and on Thursday he said that it has now received over 80 signatures. However, he added there was no commitment among the signatories that they would vote either way if the permitting provisions were included in the CR.

Grijalva and McEachin have proposed strengthening the permitting system outlined under the National Environmental Policy Act through legislation that passed out of committee in July. The bill is intended to ensure that communities that have historically been burdened by environmental pollution have a more prominent role in the process.

In the Senate, Bernie Sanders, I-Vt., and Edward J. Markey, D-Mass., have also opposed inserting the bill into a continuing resolution, while Sen. Jeff Merkley, D-Ore., has circulated a letter among his colleagues urging Schumer to hold separate votes. Yet while some Republicans have called for permitting changes, it remains unclear whether enough will support Manchin’s proposal.

Sen. Roy Blunt, R-Mo., said he hadn’t looked at the legislation yet but would be surprised if it got to 60 votes, while Sen. Kevin Cramer, R-N.D., said the proposed changes amounted to “window dressing.”

The draft text, released Wednesday, would set shorter time frames for environmental reviews conducted under the National Environmental Policy Act, create a statute of limitations for legal challenges, and require the president to create a list of 25 energy projects of strategic national importance that would receive expedited federal review.

Manchin has pointed to the Mountain Valley Pipeline, which would carry natural gas more than 300 miles from northern West Virginia to southwestern Virginia, as emblematic of the types of projects that can be delayed due to permitting. The project has run behind schedule and over budget in part due to legal challenges and federal agency reconsideration of necessary permits.

Speaking on the Senate floor Thursday Sen. Tim Kaine, D-Va., expressed support for 23 of the 24 sections of the permitting proposal but opposed insulating the pipeline from further scrutiny by federal agencies and the courts. Kaine said the project should not be given special treatment, but that if they pass the other sections of the bill as written it would create “a much better permitting process that the Mountain Valley Pipeline and anyone else wanting to do a project can then go through.”

“I’m all for permitting reform and I believe that there is a bipartisan majority, indeed a supermajority in this body, that were we to undertake this in regular order could come up with a permitting reform bill that together with the infrastructure bill and the inflation Reduction Act that we did will help us power forward American innovation, especially in leading the world in clean energy,” said Kaine.

Aidan Quigley and Laura Weiss contributed to this report. 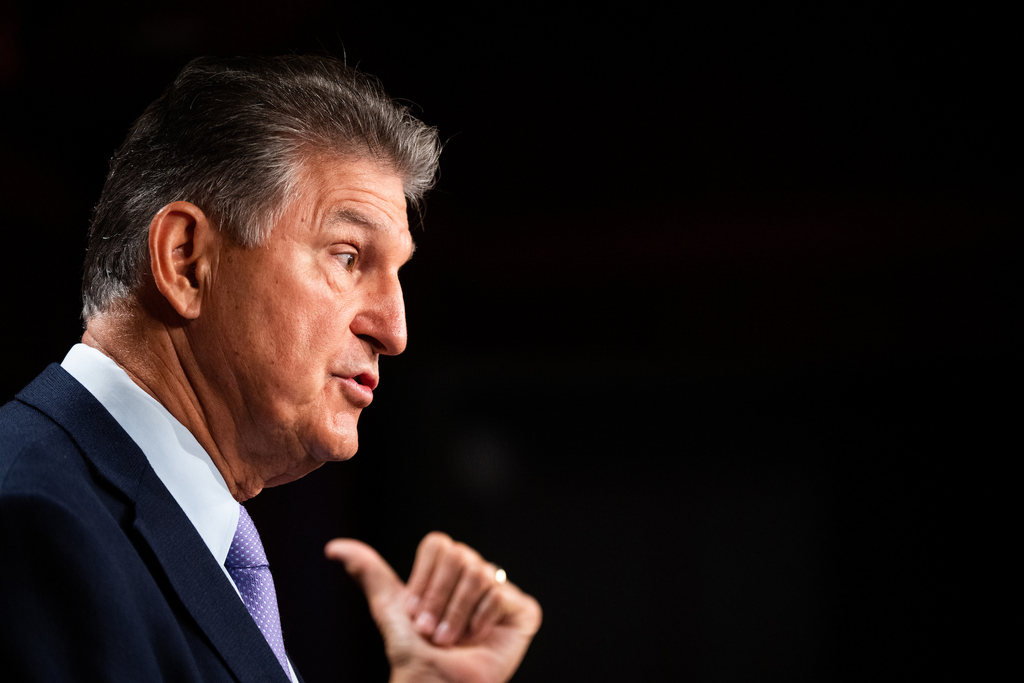 Roll Call
From analysis to the latest developments in health, read the most diverse news in one place.
Manchin: Energy permitting bill to be ready Wednesday - Roll Call

The measure will likely include Ukraine aid and leave out Covid and monkeypox money, but a deal over energy permitting…

The Guardian - US
Knives out over Manchin's "dirty deal"

Manchin finally released the text of his oil pipeline bill. Advocates say it's "reckless and dangerous"

Salon
One place to find news on any topic, from hundreds of sites.
Manchin sets up new Congress clash with release of energy permitting bill

Manchin has sought to downplay the personal stakes of his permitting push, describing it as a “balanced” effort to boost…