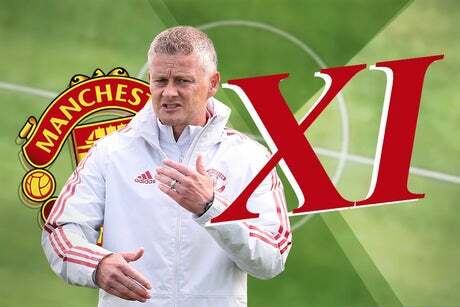 Cristiano Ronaldo has been named in Manchester United’s starting line-up against Newcastle, with the Portugal legend making his second Old Trafford debut – 12 years after leaving the club.

Ole Gunnar Solskjaer did not disappoint fans desperate to see their icon back at the Theatre of Dreams.

Ronaldo was a stunning late signing during the transfer window, with United pinching him from under the noses of Manchester City in a £12.8million deal.

Speaking about the 36-year-old in his programme notes, Solskjaer said: “I don’t like to dwell to much on individuals, but I’ll gladly make an exception here as these are my first programme notes since we brought Cristiano Ronaldo back home to Manchester.

“It’s a very special transfer for various reasons. We’re talking about someone who, personally, I regard to be the best player in the history of the game; someone who – as he showed last week for Portugal – is still one of the most devastating goalscorers playing today.

“Ever since the announcement, there’s been a real buzz around the club, not only among supporters, but also among staff and players – they’re all thrilled to have him in the squad and there has been a clear lift in the mood in what was an already happy camp.”