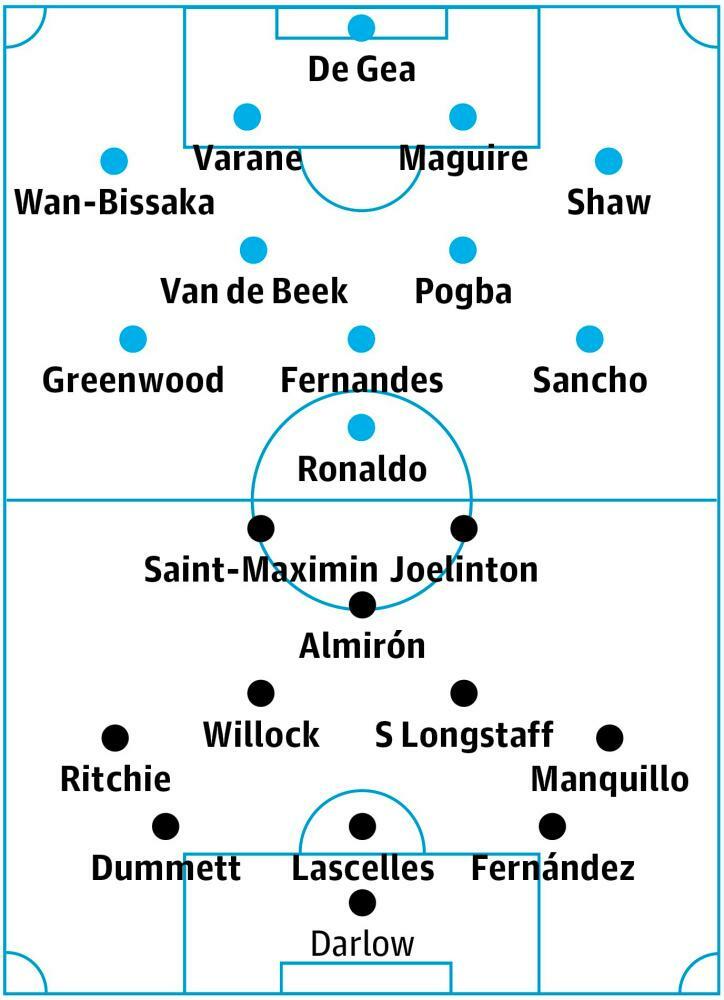 Cristiano Ronaldo has already taken the shirt number off Edinson Cavani’s back and is likely to steal his starting spot for his first appearance for Manchester United since May 2009. Newcastle could be without their own, arguably slightly lower-wattage, star attacker as Callum Wilson is suffering with a thigh injury. Jonjo Shelvey and Ryan Fraser are also absent but Paraguayan playmaker Miguel Almirón is available to play. In non-Ronaldo news, Mason Greenwood is in red-hot form and, after his curious England omission, should be perfectly rested to torment Newcastle. Alex Reid