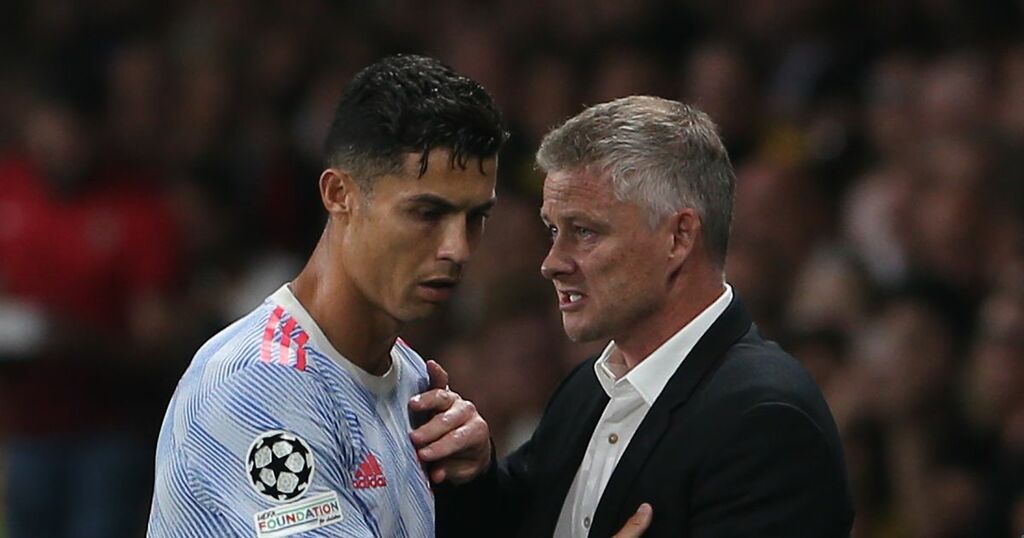 United were reduced to 10 men shortly before half-time after Aaron Wan-Bissaka was shown a straight red card and, with United still ahead in the second-half, Ronaldo went down inside the area under a challenge by Mohamed Camara.

The Young Boys manager David Wagner could not recall the incident but Solskjaer suggested the 32-year-old French referee, François Letexier, was too inexperienced to deal with the situation.

"You can never be surprised by the man, he scored another goal, he should have had a penalty and sending off the other way," Solskjaer said. "He pounced on that mistake. He's exceptional but we have to look after him and it felt like the right moment to take him off.

"He shoves him with his arm and he's one-on-one with the keeper but [the referee] probably didn't do it as he'd have had to send him off and that's sometimes what you get with young refs."

United were undone by individual errors, with Jesse Lingard's blind backpass intercepted by Jordan Siebatcheu for the 95th-minute winner. Wan-Bissaka became the first United player to be sent off for a straight red card in the Champions League since Nani's infamous expulsion against Real Madrid in March 2013.

After Wan-Bissaka's dismissal in the 35th minute, United did not muster a single attempt at goal and their next four games in the Champions League are against Atalanta and Villarreal, their Europa League final conquerors in May.

"Lack of concentration, make mistakes and you get punished," Solskjaer added. "You get done. We did that last year, we conceded two sloppy counter-attacks against Basaksehir and lost that game in the last seconds today.

"Jesse wants to play it safe and misplaces the pass, concedes the goal, that happens in football. Harry hindsight is a very good player, if Jesse gets that chance again he turns, swivels and boots the ball the other way. Discipline is a huge part of the game. Aaron's normally a very, very astute tackler, one of the best in the world.

"We know we've given ourselves a more difficult task, we did last year when everyone thought we were through after two games (against Paris Saint-Germain and RB Leipzig). You need 10 or 12 points, win your home games, one away from home. We've lost the opportunity to get three points but we've got two home games next and got to focus on those two."