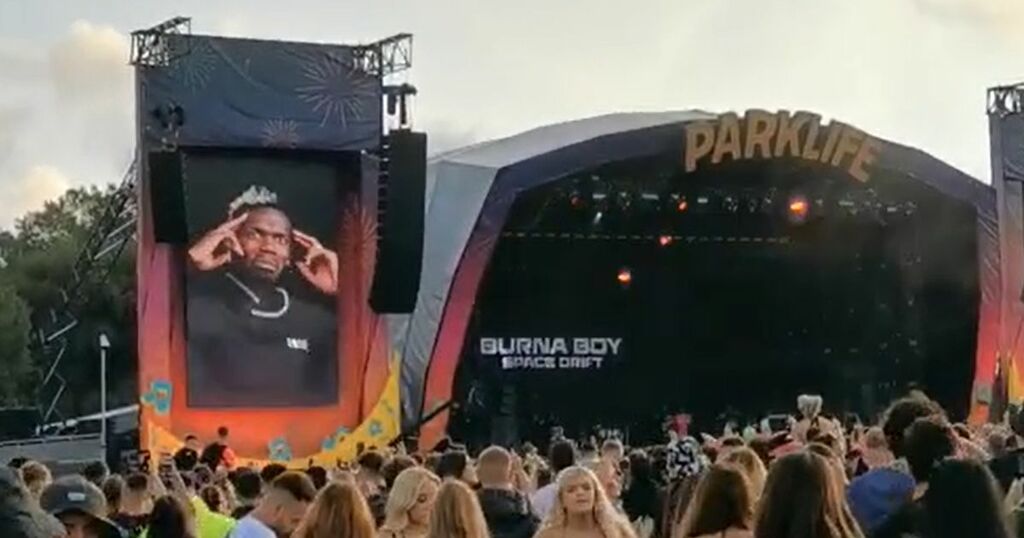 Manchester United's Paul Pogba was fresh from victory at Old Trafford as he showed off some different moves at Parklife.

The midfielder hot-footed it over to Heaton Park to join the summer party after United's 4-1 win over Newcastle.

The festival has made its long-awaited return this weekend, attracting tens of thousands of music lovers to Heaton Park.

The annual event is one of the biggest dates in Manchester's busy cultural calendar, and the crowd cheered as Pogba took to the stage with singer, rapper and dancer Burna Boy.

As the sun was setting as the pair performed a choregraphed dance together on the Parklife Stage.

Fans took to Twitter to say they couldn't believe what they were seeing.

"No way Pogba is at Parklife loool," laughed another.

"POGBA IS AT PARK LIFE," shouted a fourth.

"Paul Pogba at Parklife having a dance after his masterclass," said another.

Another fan admired: "Pogba just dropped a masterclass against Newcastle and then just rocks up to Heaton Park for Parklife, I love this bloke."

And another asked: "How the hell did Pogba reach Park Life so quick?"

Parklife organiser Sacha Lord shared a video of the surprise moment on his social media.

He said Pogba had joined some of his teammates at the festival after the game.

But he never expected to see him on stage.

"Great to see some of the players enjoying ⁦@Parklifefest⁩ after the game today," he tweeted.

"Pogba taking to the main stage with Burna Boy though, was something I never thought I’d see."