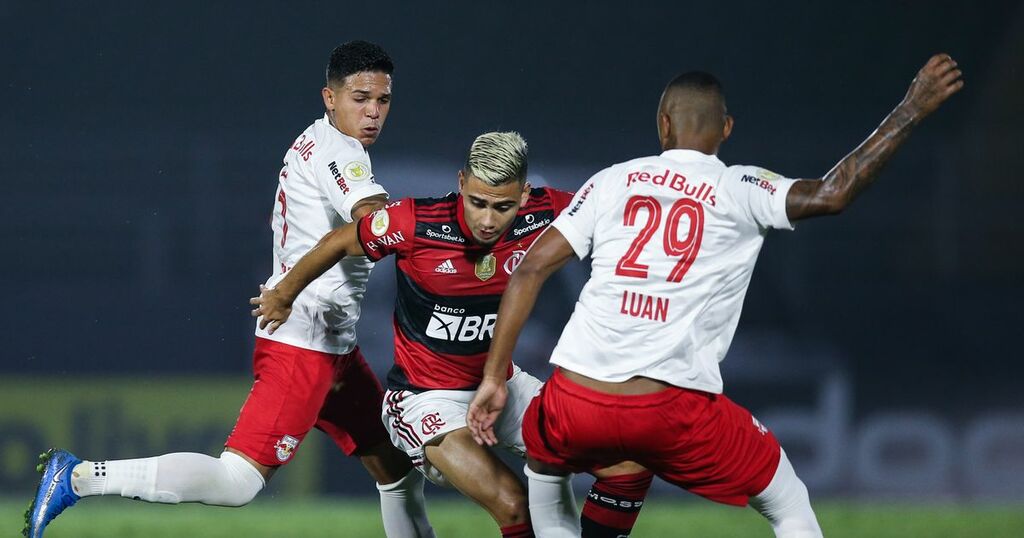 In the recently closed transfer window, Andreas Pereira opted for a loan move to Brazil as he joined Flamengo.

The midfielder has been heavily criticised at times during his Old Trafford career, though he's evidently enjoying his temporary move away from the club as he continues to shine, week in, week out.

Pereira stole the show once again on Wednesday as he bagged a sensational Ronaldo-esque free-kick - the first direct free-kick Flamengo have scored in over three years!

If you're anything like me, you're probably getting a bit frustrated at the fact Pereira is now churning out superb displays and we're not really able to track his progress.

Well, fear not. United On My Mind trends writer Anil Kandola recently spoke to Brazilian sports journalist Elton Serra to get the lowdown on the Manchester United loanee.

What have been the best parts of Pereira’s performances? What is the consensus from the Brazilian media and Flamengo fans on the midfielder? Does he even have a chance of returning back to the United fold? Mr Serra reveals all...

“He is playing really well," Serra said of Pereira. "Being Brazilian, he had no major problems adapting to the country. He joined a team that was already tactically organized which also facilitated adaptation.”

Serra went on to explain how Pereira’s playing style has helped him settle into life in Brazil.

“He often acts as a number six, a role similar to [Paul] Pogba's at Manchester United, but he also plays more advanced. The game in Brazil is slower than in England and because he has a more intense pace from his time in the Premier League, he is able to physically fulfil all functions in midfield. He is a complete player within the context of Brazilian football.”

It also seems that Pereira has the approval of both the fans and media in Brazil, and despite his struggles at United he may well be on the verge of adding to his solitary cap with the Brazilian national team.

“The opinion is that Andreas is a different player by the standards of Brazilian football, precisely because of the intensity and mentality acquired in Europe.

“He is a player who has great chances of returning to play for the Brazilian team if he maintains his good performances. Flamengo fans are delighted with Andreas. Many want the club to pay Manchester United the €20 million.”

Despite Pereira enjoying his loan spell at Flamengo, it remains to be seen whether or not it’ll be enough for the Brazilian to wriggle his way back into Ole Gunnar Solskjaer’s plans.

“I find it difficult [to see Pereira returning to United]," explained Serra. "Even with a fantastic performance in Brazil, the level of competitiveness is different. I don't see Solskjaer looking at Andreas as an option for United's first team. But at 25, he is still capable of surprising.”

United's need to bolster their midfield is no secret and, given Pereira's stellar displays during his loan spell in Brazil, it may well be that Solskjaer is keeping a keen eye on his development ahead of his return to Old Trafford next summer.

Do you think Pereira has a future at United? Follow our United On My Mind writer Anil Kandola and Elton Serra on Twitter and let us know your thoughts in the comments section below.