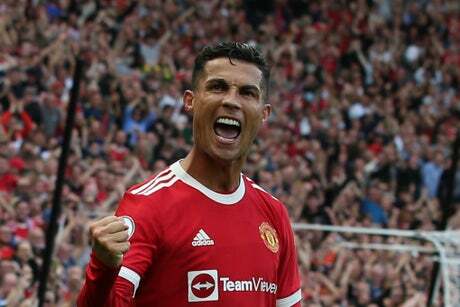 Cristiano Ronaldo rolled back the years and had Manchester United fans dreaming of former glories with two goals on his debut in a 4-1 win against Newcastle.

The 36-year-old returned to Old Trafford 12 years after leaving for Real Madrid and proved he is still the matchwinner he always was with goals either side of half time.

Javier Manquillo briefly had Newcastle level and threatened to spoil the homecoming – but Ronaldo restored United’s lead in the 62nd minute.

Bruno Fernandes a 25-yard goal with 10 minutes left on the clock before substitute Jesse Lingard completed the scoring in stoppage time.

Beaten on the angle by Manquillo – but his reflex save when Joelinton burst through was crucial.

Was often the man with the ball at his feet high up the pitch, but the quality of his crossing left a lot to be desired. Did well to stop Saint-Maximin on one dangerous break.

A classy operator, but he should have done more to keep out Newcastle when Manquillo equalised. Close to opening the scoring a first-half header.

Recklessly threw himself into a challenge on Almiron that left United wide open in the build-up to Newcastle’s goal. If they are to play with one holding midfielder, he will need to be more disciplined than that.

Brilliant play to set up Ronaldo’s second. A constant threat with his driving forward runs.

On paper he was United’s only holding midfielder – but still progressed forward regularly. Against better opposition United might have been punished more by the amount of times Newcastle ran beyond him.

Given loads of time to dictate play, which he did – but found it difficult to find the right ball to cut Newcastle open.

More bright sparks than we have seen from him so far in a United shirt. End product needs to be better, but his willingness to commit players was encouraging.

How Ronaldo’s arrival will impact on him is one of the big questions. Undoubtedly more restrained than usual here – but then came up with the best goal of the game.

His shot led to Ronaldo’s opener. United needed more of that elsewhere in attack. Always a threat.

His runs stretched Newcastle and his goal was well-taken.