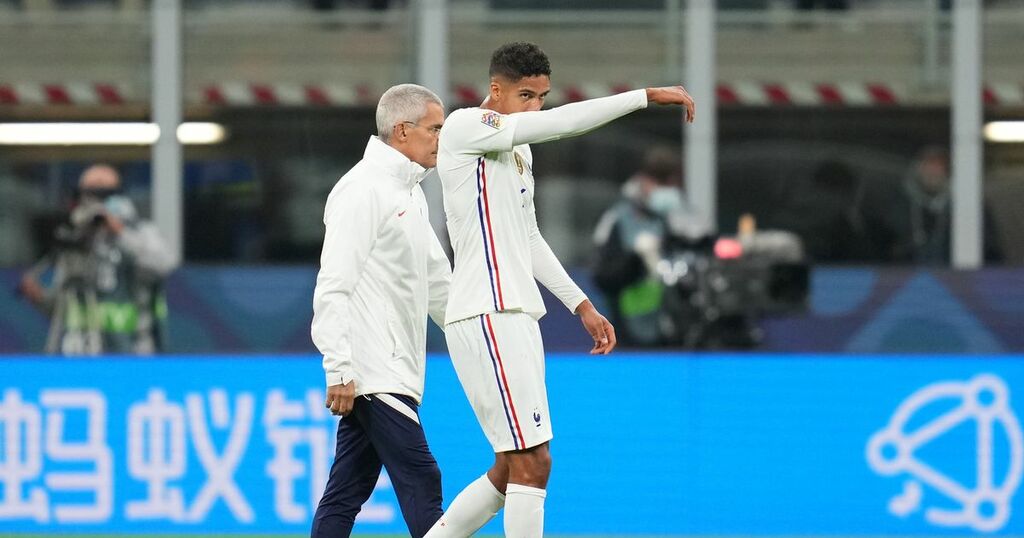 Manchester United have confirmed Raphael Varane will be out of action for "a few weeks" after he picked up a groin injury on international duty.

The 28-year-old limped out of France's Nations League final triumph against Spain on Sunday night. Varane returned to Carrington on Tuesday for further diagnosis on the injury and is now set to miss a crucial run of games.

A United statement said: "Raphael Varane sustained a groin muscle injury in the UEFA Nations League final and has commenced rehabilitation at the club.

Varane came off in the first half in the San Siro on Sunday night, but was fit enough to pick up his medal and celebrate with his teammates on the pitch after their 2-1 victory.

His absence is another blow to Ole Gunnar Solskjaer, who is likely to be without club captain and Varane's centre-back partner Harry Maguire when United face Leicester City on Saturday.

Maguire was injured in the Premier League defeat to Aston Villa and has since missed games against Villarreal and Everton with a calf injury. He was absent from international duty this week and is yet to resume full training.

With both of his first-choice central defenders out Solskjaer is likely to turn to Victor Lindelof and Eric Bailly at the King Power Stadium. Lindelof is set to be in action for Sweden against Greece on Tuesday night, while Bailly came through 90 minutes for the Ivory Coast against Malawi on Monday.

The timeframe on Varane's absence is likely to mean he will miss the game against Leicester, Atalanta, Liverpool and Tottenham at least. United play six games in the next three weeks before the November international break begins.