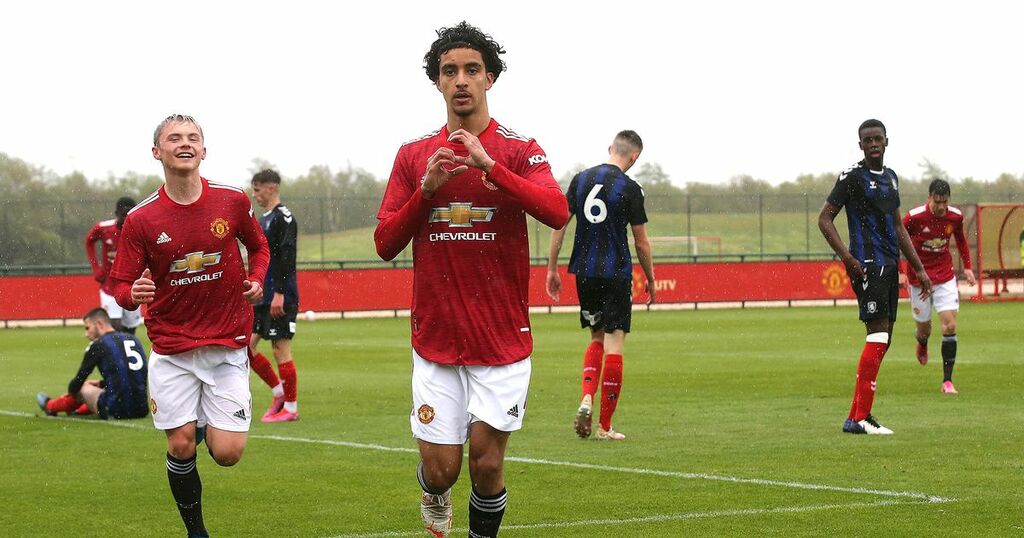 Manchester United are renowned for being a club who provide youngsters with a platform to showcase theit talents, with at least one academy product named in every matchday squad since 1937 - yes, you read that correctly.

This astonishing record doesn’t look like ending any time soon, with 18-year-old Zidane Iqbal the latest starlet to impress.

Iqbal scored a sumptuous goal in United U23’s 2-1 defeat to Sunderland in the Papa John's Trophy on Wednesday night and, despite his team being on the wrong end of the scoreline, the midfielder has received plaudits for his display.

In the latest United on my Mind Facebook Live, Omar Garrick and Anil Kandola discussed all things United, including the impressive Iqbal.

OG : “He’s a player who plays in that number 10 position and he can play either on the left or right as well. I really like him. I know a lot of people who watch plenty of United’s academy games and they’ve been thoroughly impressed with him. I think he’ll be the next big thing.

“The way he moves, the way he glides - he’s got everything about him and he could be the next Mason Greenwood in terms of coming through and breaking into the first team.”

AK : “He’s a creative player and he’s exciting. He’s got massive comparisons with a certain someone because of his name - he’s got big boots to fill!

“Because Manchester United have never been a club to hesitate to try out the youngsters and often many of them have worked over the years, but you want him to progress naturally. He will be a brilliant player, but it’s an element of easing him into the game.

“The prime example is Tahith Chong. In the U23s and even now he’s been electric, but when he was in the first team at United he looked like he needed more game time elsewhere to show his potential.

“Iqbal is a brilliant talent but he needs to grow and nurture organically and progress in a way that will benefit him. When you have players like Iqbal and Greenwood coming through the ranks, it makes you proud to be a Manchester United fan.

“The players like Iqbal who are coming through aren’t a million miles away from breaking into that first team. The boy’s 18 years old and it’s an incredibly exciting time for a player like that to come through. Watch this space."

OG : “There’s a lot of United academy players who are knocking on the door. It’s a really exciting time to be a follower of United.

“Nicky Butt recently touched upon the shift in approach with the academy system and United couldn’t rely on just local players for their academy and they needed to widen their scouting approach. It’s clearly paying off.

“It’s really exciting times in terms of the youth and there’s nobody better to be under than Ole Gunnar Solskjaer because they will probably get an opportunity under him.”

What do you think of Zidane Iqbal? Follow our United On My Mind writers Omar Garrick and Anil Kandola on Twitter and let us know your thoughts in the comments section below.