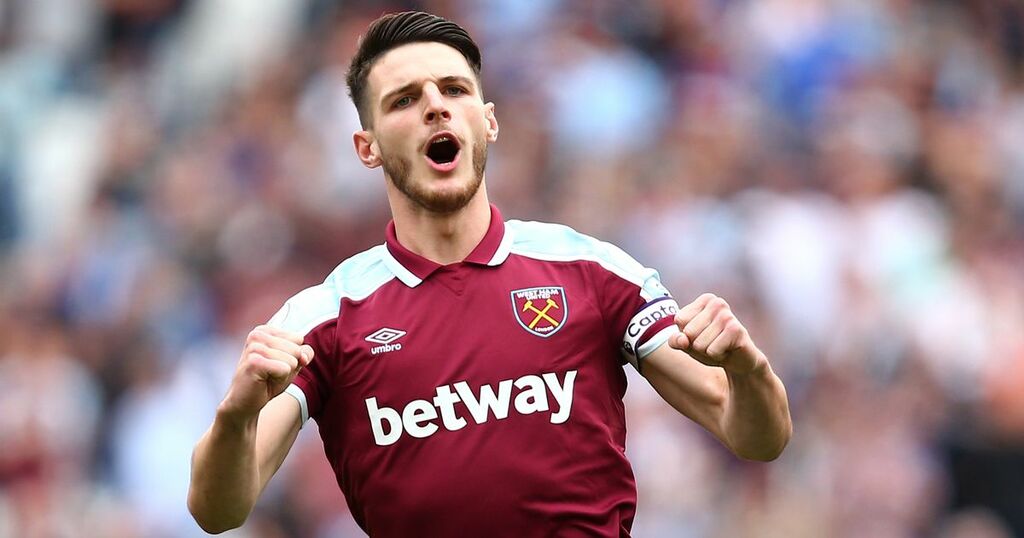 Manchester United may get a clear shot at signing Declan Rice next summer, according to reports.

While United enjoyed an amazing transfer window that saw the signings of Jadon Sancho and Raphael Varane as well as the return of Cristiano Ronaldo, the club did fail in strengthening their midfield.

Specifically, United wanted to bring a new defensive-midfielder to the club and West Ham United talisman Rice was the top target.

However, the Hammers did not want to sell and were in a strong position as the 22-year-old is contracted until 2024. As a result, a £100million price tag was slapped onto Rice which was enough to dispel United's interest, for that window at least.

Premier League rivals Chelsea are also interested in him and have often been touted as his most likely destination, as Rice used to play for the club and is best friends with star Mason Mount.

However, Chelsea's interest may be elsewhere next summer which could leave United with a clear path to the signing.

According to The Athletic, the Blues are instead looking at a move for Monaco's highly-rated Aurelien Tchouameni.

United have also been linked with the 21-year-old Frenchman who, like Rice, could make a move in 2022.

Meanwhile, Youri Tielemans is the latest midfielder to be linked with a move to United.

However, instead of the defensive-midfield position, Tielemans is reportedly being looked at as a possible replacement for Paul Pogba.

The Frenchman is in the final year of his contract and could leave for nothing next summer, with Paris Saint-Germain, Real Madrid and Juventus all linked.

Fabrizio Romano reports that though Pogba's future has not yet been decided, Tielemans could be 'one to watch in the future' for United.