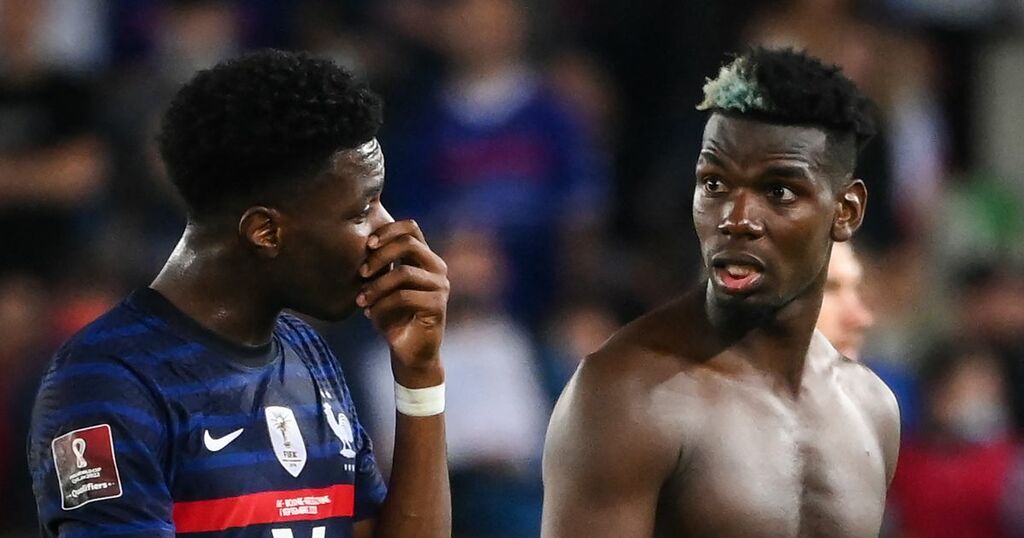 Paul Pogba has already told Manchester United how good Aurelien Tchouameni will become - and supporters are now urging them to be teamed-up at Old Trafford.

Having finished as runners-up to neighbours Manchester City last season, key figures responsible for incomings and outgoings at the Premier League giants issued a triple statement of intent during the summer transfer window.

United were unable to follow up those moves with a top-level defensive midfield player - which fans continue to crave - but amid continued links with Declan Rice and Kalvin Phillips, among others, that position has already been earmarked as a priority for 12 months from now.

Pogba and the Old Trafford faithful, though, might have identified an alternative target.

Speaking about his new France team-mate only last month, the United star told Ouest France : "Very very good. He's not a boy, he's a man. It was a pleasure to play next to him.

"He brings a lot of energy and extraordinary technical and physical quality. We wish him to play lots of matches and that I am always at his side."

Tchouameni was summoned from the bench to feature alongside Pogba, once again, during a Nations League win over Belgium, winning his third cap for Les Bleus in the process.

But is that partnership a sign of things to come at Old Trafford and beyond? Tchouameni, 21, signed for Monaco last summer and is valued at £30-40million, as things stand.

Here are a selection of comments made by United supporters about him on social media platform Twitter:

@UtdFaithfuls said: "Incredibly good and he's just 21. Hoping we get him. Would be massive."

@Utd__Agenda posted: "I watched him in awe. What a player he's already becoming."

@ATHARV81993353 added: "I watched the game [vs Belgium] and he was very good. Pogba felt so comfortable, because he had a defensive cover alongside him in Tchouameni. United should definitely try for him."

Which midfielder would you like United to target? Have your say in the comments section below.

@alozie_gracious said: "I want him on the United team so bad. If we don't get him I'm going to be disappointed and I think Man U will regret it for a long time."

@Scottyirl posted: "Been watching him about a year. The guy is absolute class. Doubt we will go for him, though, because it makes too much sense."

@HTenoris added: "I was so impressed with his cameo. He always looks to keep things simple - the most difficult thing to do. His future looks very bright."