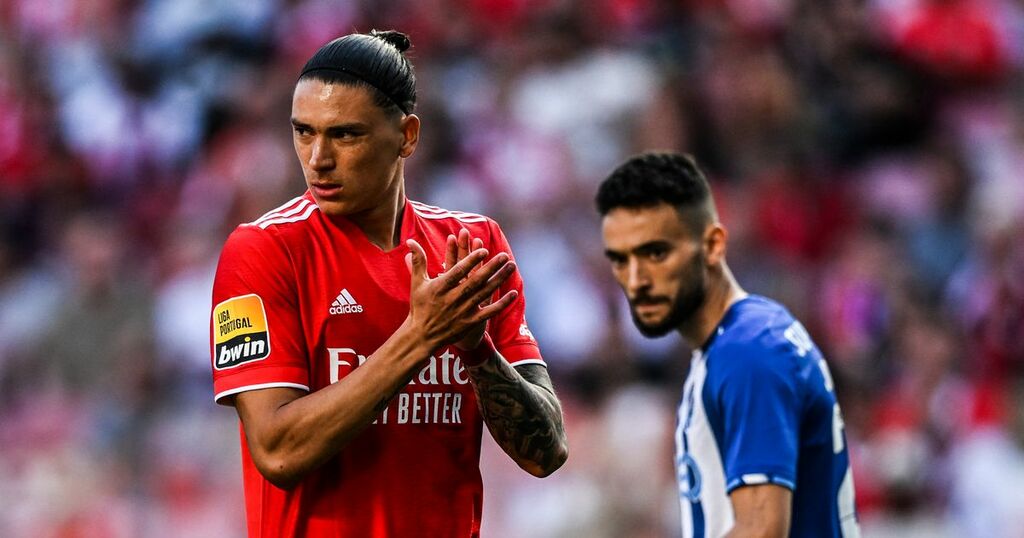 Manchester United handed big Darwin Nunez boost and more transfer rumours
With United in the market for a new striker in the summer, they've been linked with the Uruguay international after…

Despite their financial resources, the Magpies are not sure on Lingard's proposals

Newsroom.co.nz
Jurgen Klopp ‘overwhelmed’ as Liverpool’s squad players step up: “I’ve never had a group like this”

Manchester United are reportedly facing a fight with Paris Saint-Germain for Darwin Nunez, with the French club understood to have made a huge opening bid for the striker.

The Benfica star is being linked with a big-money move this summer having drawn plenty of admirers with his performances in Portugal. Nunez has scored 34 goals in all competitions this season and has attracted attention following his side’s run to the Champions League quarter-finals.

United are among those to have been linked with a move for the 22-year-old, along with the likes of Arsenal, Newcastle and Atletico Madrid. United will be in the market for a new forward during the summer, with interim boss Ralf Rangnick suggesting they need at least two quality additions in attack.

Their efforts to lure Nunez to Old Trafford could be thwarted, with reports in Portugal suggesting PSG have already made a move. O Jogo claim the French champions are preparing an offer of £102million.

That still leaves them below the reported release clause of £128m, although with Kylian Mbappe’s future still up in the air, PSG are said to be assessing potential replacements. United may have to act fast if they’re to convince Nunez to choose a move to the Premier League instead.

Elsewhere, West Ham have reportedly reiterated their stance on Declan Rice amid suggestions the midfielder has rejected another offer of a new contract. The Hammers are said to have failed in their efforts to tie the England international down to a longer-term deal which would have seen him earning £200,000 per week.

Rice is being heavily linked with a move away from the London club this summer, with United having long held an interest. But West Ham are standing firm, with The Mirror reporting that they have made it clear they will ‘refuse’ to sell him in the upcoming transfer window.

Despite their repeated efforts to tie the 23-year-old down to a new contract, the Hammers are said to be confident no one will match their £150m asking price. Rice is reportedly keen on playing in the Champions League, with Chelsea also said to be in the running.

Manchester United handed big Darwin Nunez boost and more transfer rumours
With United in the market for a new striker in the summer, they've been linked with the Uruguay international after…

Despite their financial resources, the Magpies are not sure on Lingard's proposals