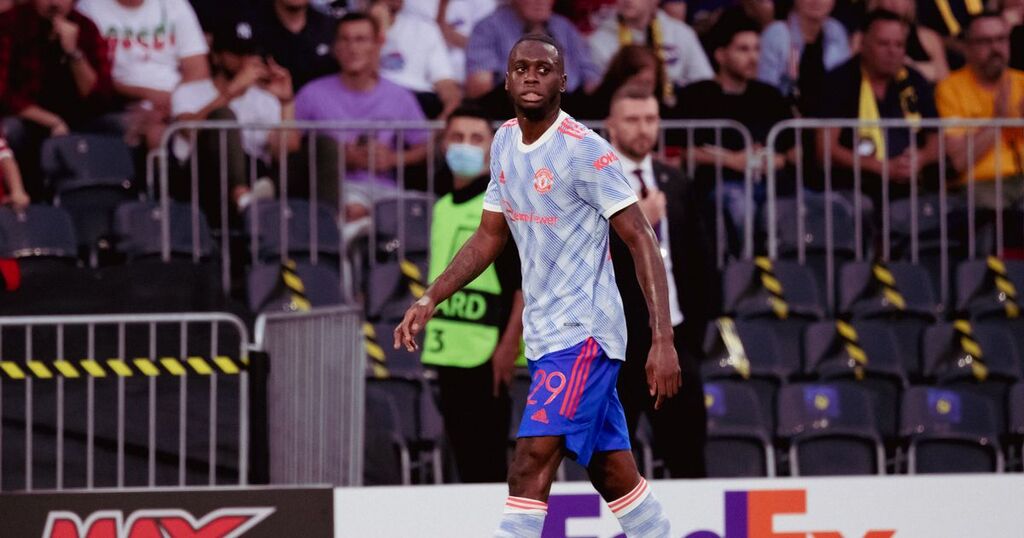 Manchester United's 2-1 defeat to Young Boys was disappointing, to say the least, with Ole Gunnar Solskjaer's side kicking off their Champions League campaign in the worst possible fashion.

United were in complete control of the game before Aaron Wan-Bissaka was sent off for a bad challenge on Christopher Martins.

On a positive note, Cristiano Ronaldo scored in his second Champions League debut for the club after a sumptuous cross from Bruno Fernandes.

United's number 18 picked up the ball from Luke Shaw in the left-hand channel before playing an exquisite ball with the outside of his boot into the path of his countryman who fired the ball through David von Ballmoos' legs to give United the lead.

The strike marked Ronaldo's 135th goal in the Champions League and his third in just two games since re-joining the club.

Ronaldo was eventually replaced by Jesse Lingard in the 72nd minute, with the England man's poor ball to David de Gea resulting in the home side's winning goal. However, Lingard's error wasn't the only reason United fell to defeat on Tuesday evening.

A whole host of United players showed a real lack of maturity against Young Boys, with Wan-Bissaka's rash challenge that resulted in a first-half red card a perfect example of the kind of poor in-game management that cost United the three points.

However, the summer arrival of Ronaldo could be key to ironing out such issues.

The maturity in Ronaldo's game compared to his first spell at United is there for everyone to see. While critics were quick to suggest the five-time Ballon d'Or winner's arrival could stump the growth of youngsters, Ronaldo's return could also benefit some of the squad's younger players in terms of the advice he can offer and the winning mentality he can bring.

Split-second decisions can often be the difference between success and failure at the top level, and Ronaldo's clever movement as he peeled away from the Young Boys backline before slotting home could well have been the difference between the two sides had it not been for Wan-Bissaka's poor decision making later in the first half.

Solskjaer's side looked comfortable at 1-0 and when the United right-back took a heavy touch in the midfield area there was absolutely no need for him to go lunging in.

Of course, as soon as Wan-Bissaka made contact with Martins' ankle he'll have been regretting his decision, but learning how to make decisions in a split second is all part of maturing as a player.

The two incidents ultimately showcased how Ronaldo can help Wan-Bissaka.

Ronaldo, of course, has never been a right-back or a defender at all for that matter, so you'd be forgiven for thinking 'how can he possibly help Wan-Bissaka out when it comes to making challenges?'.

However, he's brilliant at making key decisions and knowing what to do at the right moment - as we saw in Saturday's win over Newcastle United as he instinctively reacted to pounce on Freddie Woodman's fumble from Mason Greenwood's shot.

We're not suggesting Wan-Bissaka doesn't know how to tackle, because in truth he's one of the best one-on-one defenders in the Premier League. However, his decision making on Tuesday evening ultimately cost his side the win. It was a brief loss of concentration and that can't become a regular occurrence when you're representing United.

Ronaldo has made a brilliant start to life back at Old Trafford, but his role extends far beyond just scoring goals for the club.

United's loss to Young Boys perfectly encapsulated how the former Real Madrid man can help United's youngsters, though it remains to be seen whether progress will be made in the coming months.

What do you think of United's performance on Tuesday night? Follow our new United Fan Brands writer Omar Garrick on Twitter to get involved in the discussion and give us your thoughts on the defeat to Young Boys in the comments section below.