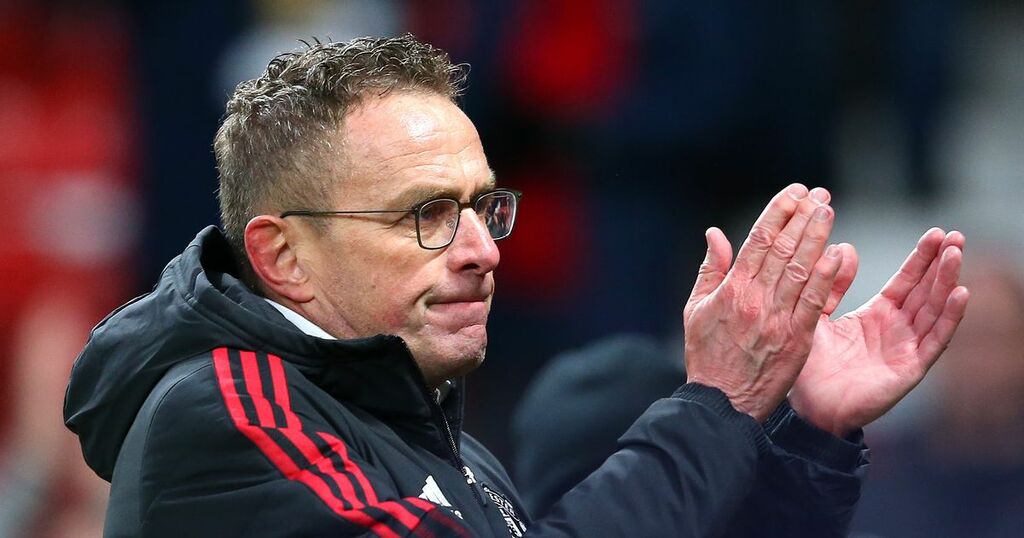 Manchester United can etch another Premier League record into their history books this afternoon.

Having overcome Aston Villa in the FA Cup on Monday night - courtesy of an early winner from Scott McTominay - United are set to meet the same opponents for the second time in six days.

First and foremost, three points would prove useful for interim manager Ralf Rangnick and his men in the ongoing quest for top-four.

Despite finishing as runners-up to Manchester City last season, the Old Trafford side have struggled for consistent results under Ole Gunnar Solskjaer - and Rangnick - as they find themselves locked in a multiple-way battle to land Champions League qualification.

Amid further challenges from Wolves and West Ham, that means United have this opportunity to send out a clear warning against Villa - managed by Liverpool great and familiar foe Steven Gerrard.

Indeed, victory over their Midlands opponents would see United close the gap on fourth-place to three points.

Not only that, chalking up a second consecutive win over Gerrard - in separate competitions - would mean United become the first team to pass 300 away victories since the Premier League was rebranded in 1992.

Villa were, perhaps, a little unfortunate to be beaten at Old Trafford on Monday night and were victorious at that same venue earlier in the season. Historically, though, they remain profitable opponents for United. Indeed, no side have clocked up more wins in head-to-heads than United (37) have in this competition against the Villans.

Their 17 away victories at Villa Park is also top of the charts in that regard.