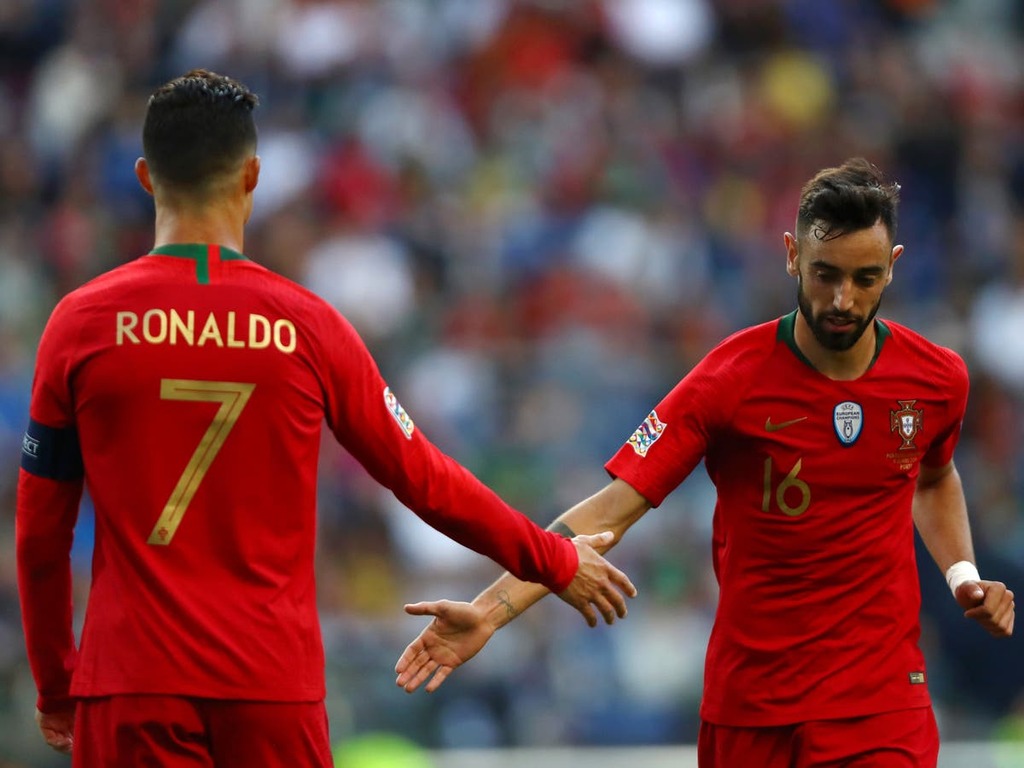 Ole Gunnar Solskjaer has already spoken with Cristiano Ronaldo and Bruno Fernandes about who will take Manchester United’s penalties this season but refused to give any clues as to his decision.

Ronaldo will make his second United debut against Newcastle United on Saturday after Solskjaer confirmed that the £19.8m signing from Juventus would play some part, either as a starter or a substitute.

The United manager would not say whether Ronaldo or Fernandes will step up to the spot if Newcastle concede a penalty for the fourth straight Premier League game this season.

Fernandes established himself as United's first-choice taker last season and has scored 42 career penalties outside of shoot-outs, missing just three.

Ronaldo, however, is Portugal's designated taker ahead of compatriot Fernandes and has converted 139 times during his long career at the top, missing 28 times outside of shoot-outs.

"I knew that question was going to come and of course I’ve had a chat with the two of them," Solskjaer said, when asked who his taker would be this season.

"We’ve got two players there that I’d trust with my life to put a penalty away and that’s a great position to be in.

"It’s going to be my decision what’ll happen. The two of them will keep on doing what they do when they’re asked to take the penalties."

Solskjaer split penalty-taking duties between Paul Pogba and Marcus Rashford at the start of the 2019-20 season, a decision which drew criticism following a pair of high-profile misses against Wolves and Crystal Palace.

Fernandes cemented his status as United's first-choice taker following his arrival the following January, but Solskjaer now believes he has a wealth of quality penalty-takers at his disposal.

"I’ve got Cristiano, Bruno, Marcus, I’ve got players I trust to score every time they step up to take a penalty," he said.

"I’ve had this conversation, of course, and they know my position on it. They know that I decide who is going to shoot the penalty if we get one.

"That’s not going to cause an issue. We’re here to win together. It’s not about my numbers or your numbers. It’s about us as a team and the decision is going to be mine."