Manchester United attack should pick itself for Cristiano Ronaldo return 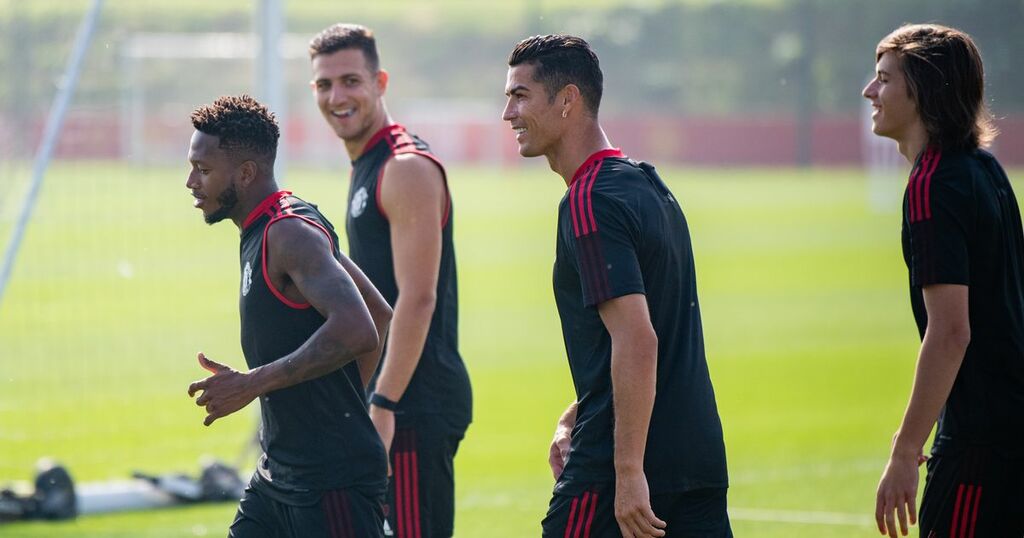 When Cristiano Ronaldo stepped back out onto the training pitches at Carrington yesterday the introductions were brief, given so many of his Manchester United teammates remain away on international duty.

But the 36-year-old will have had a taste of the attacking talent in the squad, given Edinson Cavani and Mason Greenwood are both working way in training this fortnight ahead of Saturday's blockbuster clash with Newcastle at Old Trafford.

They could be joined soon by Jadon Sancho, who has withdrawn from England duty with a minor injury but should be fit for the second coming of Ronaldo, an occasion nobody wants to miss.

Fitting them both in the same United team looks difficult, however, so Cavani might have to become acquainted with the bench, for now, starting on Saturday. Ronaldo did some training yesterday but having completed his quarantine period he has plenty of time to make sure he's fit to start against Newcastle.

In the pictures released by United it was an animated Ole Gunnar Solskjaer chatting to Ronaldo in his office, but good luck telling the A-lister that he's playing a bit-part role in the production this weekend.

Ronaldo at centre forward is surely nailed on against Newcastle, as is Bruno Fernandes behind him at No. 10, trying to prove their partnership can flourish for United even if it's never taken off at international level.

If those two are amongst the first names on the teamsheet then it could be a rotating cast alongside them. Solskjaer's attacking options are exhaustive. Paul Pogba's best form has come on the left-wing, Sancho cost £73million and is one of Europe's most exciting winger, Cavani is a devastating goalscorer, Greenwood is one of the best teenagers in the game, Marcus Rashford still has to come back from injury and Anthony Martial is still available.

But for now, thanks to injuries and circumstance, the front four for Ronaldo's 293rd United appearance should feature Sancho on the left and Greenwood on the right. Two prodigious talents supporting someone who once walked in their shoes and now has five Ballon d'Or baubles on his mantlepiece.

The absence of Scott McTominay and the nature of the expected threat - or lack of threat - from Newcastle means Pogba can start in a deep midfield role rather than on the left. That leaves Sancho in that position, even if Pogba and Rashford might offer serious competition as the year progresses.

For Greenwood, the sight of Ronaldo joining should be thrilling. He's already United's best teenage goalscorer in the Premier League but the 19-year-old can learn so much just from training with a player with the mindset and quality of Ronaldo.

But in three games so far this season Greenwood has been United's best forward, scoring against Leeds, Southampton and Wolves. He might find the competition goes up a level when Sancho moves to the right but for now he has to play, even if it's on the left rather than through the middle.

That is a nice balance to a front four of Sancho, Fernandes, Greenwood and Ronaldo. It's a quartet that ticks every box, youth and experience, goals and creativity, pace and strength. There are options in those roles for Solskjaer but for act one of scene two for Ronaldo at United, they look ready to do the business.