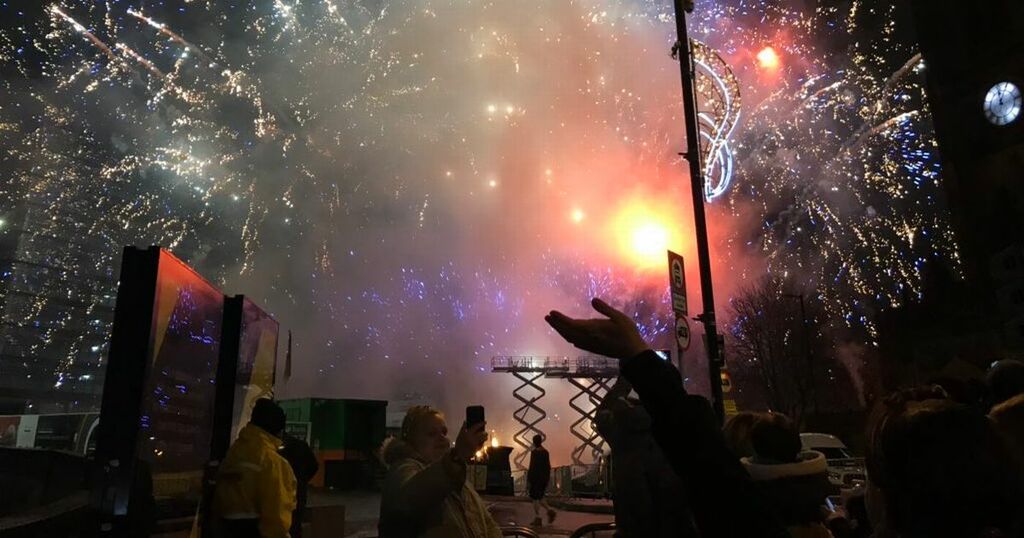 Manchester is still to decide whether its New Year's fireworks display will go ahead.

The Mayor of London Sadiq Khan announced yesterday the event usually held on the banks of the River Thames is cancelled due to 'uncertainty' surrounding the coronavirus pandemic.

Around 100,000 people normally attend the display.

READ MORE: 'Secret sauce' made in Manchester could change an industry - and the planet

Arrangement for an alternative celebration in Trafalgar Square will be confirmed "in due course", a spokesperson for Mr Khan said.

New Year's celebrations were muted in Manchester last year as the city remained under the strictest coronavirus restrictions.

Around 20,000 attended a display outside the cathedral on December 31, 2019, in what was said to be a record-breaking event.

However, the council's city centre spokesperson Pat Karney said Manchester has yet to decide whether it will go ahead this year.

Should the display be cancelled? Have your say below

"We've seen the decision in London and we're still working on the public health side of it.

"We will be making an announcement soon."

All the toughest restrictions on coronavirus have been removed in England although some measures remain in place at large events.

People attending gigs are being asked to provide evidence of vaccination or a negative test result, for example.

In Wales this is a legal requirement and the country will continue to encourage mask-wearing and working from home into the New Year.

Boris Johnson’s Government initially said Covid passports would be required for entry into nightclubs and large events from the end of September.

But last month Health Secretary Sajid Javid confirmed the plans had been dropped.

Covid passports remain under Downing Street’s contingency Plan B to safeguard the NHS this winter.