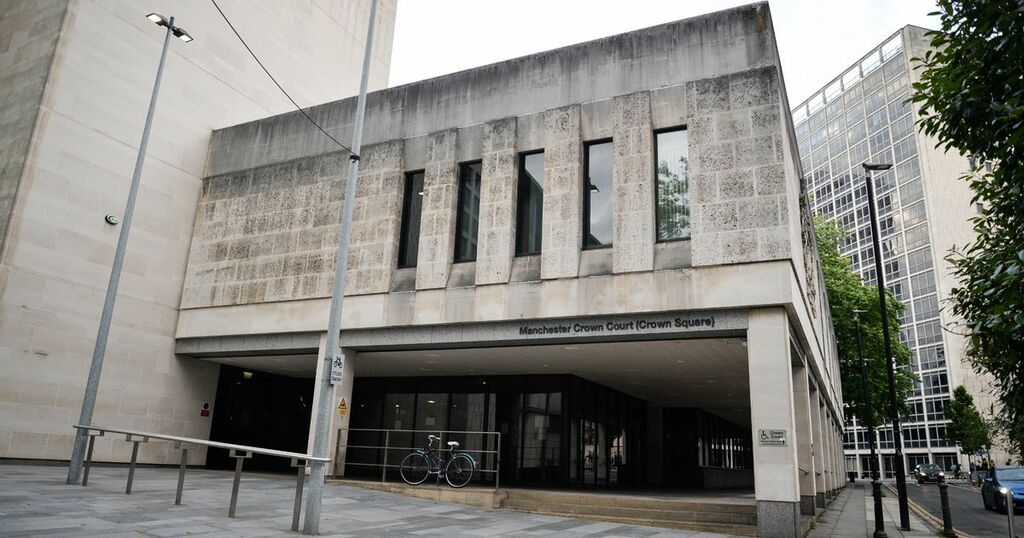 A “super courtroom” has opened at Manchester Crown Court, allowing gang-related trials of up to 12 defendants to be heard at once.

The space is three times the size of a normal courtroom and will be used for cases such as county lines drug trafficking, murders and money laundering.

The trials that require this level of space – known as multi-handers – have built up during the pandemic due to social distancing restrictions.

The new courtroom is one of 71 which are being modified to hold the multi-hander trials.

The Ministry of Justice hopes the revamped space will help get through the trials at speed without disrupting other cases in the building.

Courts Minister Lord Wolfson said: “This super courtroom is just the latest step in our efforts to tackle the impact of the pandemic on our justice system.

“It will get gang-related suspects in front of judges quicker – sending a message to would-be criminals that the justice system stands ready to hold them to account.

“We’re not stopping here, though, and continue to pursue every option as we reduce delays and deliver speedier justice for victims.”

The Government previously announced plans to set up Nightingale courtrooms across the country to increase capacity and ensure more trials can be heard.

It came after hearings in crown courts slowed due to social distancing measures put in place limiting the numbers in court buildings, affecting lawyers, defendants, witnesses and jurors.

Figures from HM Courts and Tribunal Service in February showed a backlog of around 56,000 cases.

The latest statistics show the number of outstanding cases has dropped by 50,000 in magistrates’ courts since last summer.

Cases dealt with in the crown court remain at around pre-Covid levels.

At least 23 Nightingale courts are up and running across the country and the Ministry of Justice is hoping to extend 32 courtrooms, which deal with criminal trials, until March 2022.

A further 60 crown courtrooms are also planned to be reopened following the lifting of most restrictions – including social distancing – in England and Wales.