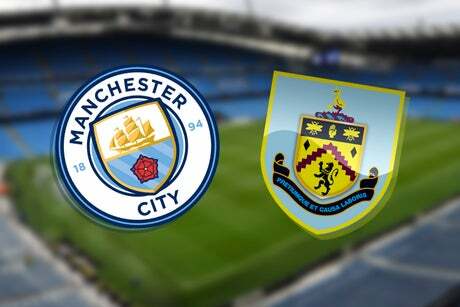 Manchester City might no longer be the richest club in the Premier League following the recent takeover at Newcastle, but the champions will be keen to demonstrate that they remain top dogs when they play Burnley today.

Pep Guardiola’s side put a 1-0 defeat to Tottenham on the opening weekend of the season behind them with win against Arsenal, Chelsea and Leicester, and a 2-2 draw at Liverpool before the international break means they sit third.

City are two points off leaders Chelsea but should return with a win against Burnley side struggling under Sean Dyche.

Manchester City vs Burnley is scheduled for a 3pm BST kick-off on Saturday, October 16, 2021 at the Etihad Stadium in Manchester.

Where to watch Manchester City vs Burnley

Today’s match will not be broadcast live on TV in the UK.

Guardiola has confirmed that Ferran Torres will be out for “two to three months” after scans revealed he fractured a metatarsal in his right foot on Spain duty.

Ederson and Gabriel Jesus are out after Brazil’s game with Uruguay in South America ended in the early hours of Friday morning.

There is some good news for Guardiola, though, with Ukranian full-back Oleksandr Zinchenko and German midfielder Ä°lkay Gundogan having returned to training. Both players are in contention for selection against Burnley at the Etihad this weekend.

For Burnley, meanwhile, Ben Mee is absent as he isolates after testing positive for Covid-19.

Burnley last won away to City in the league back in 1974 and there is nothing to suggest that will change. Anything other than another comfortable win for the champions would constitute a major upset.