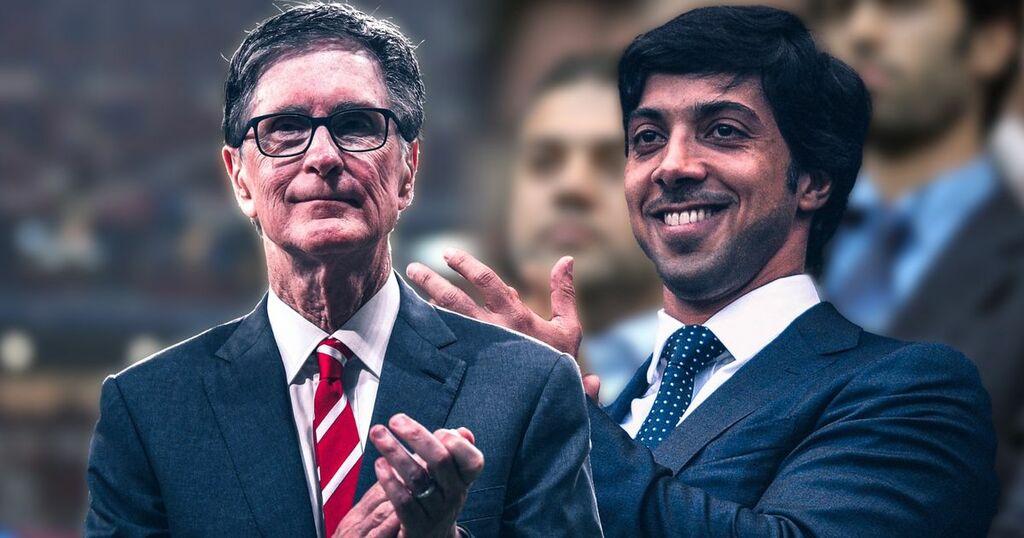 Liverpool and Manchester City both chase the same prizes.

Premier League and Champions League crowns are what both seek, with Liverpool having delivered each of those since 2019, while City have landed the former but still await the latter despite the heavy investment.

Manchester City's spending power since the arrival of Sheikh Mansour and City Football Group back in 2008 changed the face of English football, even more so than when Roman Abramovich came onto the scene at Chelsea five years earlier.

City, like Chelsea, were able to make up ground on the established powerhouses that existed in the Premier League due to the lack of restrictions when it came to Financial Fair Play rules, which only really kicked into gear in 2011. By that time City were on their way to success and on the path to domination of English football, one that their cross-city rivals Manchester United had enjoyed for the best part of 20 years under Sir Alex Ferguson.

But while the goal has been the same for City and Liverpool, the approach to achieving those aims has been markedly different.

Under the ownership of Fenway Sports Group the investment in Liverpool has happened through infrastructure development and player trading, which has in turn resulted in success being able to be leveraged. It hasn't always been a universally popular approach taken by FSG but in business terms it has made them of only two Premier League clubs to be in economic profit over the past five years, the other being Burnley.

Liverpool have made an economic profit of £21.5m over the past years, with Burnley at £38m, according to analysts at Vysyble.

Comparing the Reds' figure to that of their closest title rivals in Chelsea and Man City makes for stark reading, with the former having made an economic loss of £345.2m and the latter £403.2m - more than £700m combined - in the past five years.

City have been far more willing to sacrifice cash flow in pursuit of success, but with the need for them to comply with FFP they have had to adapt and drive forward their revenue streams in order to accommodate sustained investment in the team.

In 2019 the club were alleged to have been in breach of FFP by UEFA, who then handed down a two-year ban from European competition for City, the allegation being that they had used their links in Dubai through related party transactions to inflate the value of some commercial deals beyond what the fair market value was. It was a decision that was overturned on appeal to the Court of Arbitration for Sport based on a lack of evidence.

This season the issue over FFP and related party transactions has reared its head once more after the Saudi Arabian Public Investment Fund's purchase of Newcastle United that had many Premier League clubs on alert owing to the potential for inflated deals beyond fair market value to allow the Magpies to accelerate their pursuit of breaking into the 'big six'.

Last month it was agreed, after a temporary suspension on related party transactions, that they would be permitted provided they were of fair market value. That decision saw City enter into new commercial partnerships in Dubai and the UAE with firms s uch as the Emirates Palace hotel and Masdar renewable energy.

These are deals that will further aid Manchester City's financial cause and push their revenues forward.

City have now published their accounts for 2020/21, a period that included a Premier League campaign played almost entirely behind closed doors. The headline figures arrived early in the annual European Champions Report, published by global auditors KPMG, with the report showing that City's revenues for the last campaign surpassed the club record £533m that Liverpool amassed in their Champions League winning campaign, the last pre-Covid accounting period.

Manchester City won the Premier League last season and were beaten finalists in the Champions League, and that, allied with their commercial revenues that rose to £256.7, a figure £39.7m higher than what Liverpool posted in 2019/20, saw City reach revenues of £569.8m according to official club figures, surpassing the Reds' record-breaking figure and putting them ahead of United for the very first time, becoming the only club in Premier League history to achieve that feat.

Of course, on-field success played a major factor in the figures, as did the strength of the domestic and international media rights. It was a 19 per cent rise in total revenues compared to last year and came despite a season where matchday revenues were drastically reduced.

While the forecast was pretty grim for the accounting period for many clubs owing to the lack of fans, City returned to profitability despite the pressures, posting a £2.4m profit despite clawing in just £800,000 in matchday revenue for the period, a drop of 98 per cent year on year.

The gap that had existed between clubs with huge global appeal like Liverpool and Manchester United, teams who have been able to leverage their success and historical appeal to great effect in the commercial market, has closed and now the business side of the operation at City is able to prop up their spend and avoid the worries around FFP, or for as long as they manage to avoid three loss-making periods.

Despite the pandemic's impact Liverpool are expected to show a rise in their commercial activity but likely remain behind City. The deal with Nike will show its first impact while the partnerships with Expedia and AXA will also come into play when the accounts are published in the next couple of months. Manchester City's commercial output increased by eight per cent, Liverpool would need a rise of more than 18 per cent to surpass City.

Referencing City's commercial performance, the KPMG report noted: "Having success on the field generally attracts more income from commercial streams, since sponsors gain confidence in the team and fans are more likely to purchase merchandise to celebrate the triumphs.

"The Citizens were also one of the first movers into the emerging metaverse market through their signing of deals with popular gaming title Fortnite and with blockchain-based fan engagement platform Socios.com. More recently, they have signed a partnership with Sony to develop new digital fan experiences."

Over the past decade, Manchester City have brought in around £1.6bn in commercial revenues, £600m higher than that of Liverpool.

On the report, which showed heavy losses across the champions of England, Germany, Italy, France, Spain, Turkey, the Netherlands and Portugal, Andrea Sartori, KPMG’s Global Head of Sports said: "The disruption the COVID-19 pandemic caused in football is clearly demonstrated by the massive losses – an aggregate net loss of almost half a billion euros – registered by the eight champions of the most prominent European leagues taken into account in our analysis.

"While the reopening of stadia and some major commercial deals signed recently may provide some optimism for the current and future seasons, the pandemic only magnified the financial sustainability issues and fragility of the football ecosystem on the whole.

"That distress also led to last year’s European Super League initiative – while the plan was soon aborted, the concerns it exposed are still on the table, including much needed reforms regarding competition calendars, cost control measures, alterations to the economics and governance of domestic and European competitions or in the transfer system, among others."