Manchester City, Noel Gallagher and a load of drama kings

No Manchester City triumph would be complete without the obligatory hijacking by Noel Gallagher and it has been revealed that Sunday’s was no exception. So wild was the pogoing in the hospitality section of the Etihad as Ilkay Gündogan scored the goal that clinched the title, that the former Oasis star and professional Mancunian shipped an accidental loaf to the face from Rúben Dias’s old man, leaving him with two shiners and a split lip that needed several stitches. It was a painful blow, but Gallagher’s adjournment to the medical room at least spared him the even worse agony of having to watch his team’s heroic collective effort to keep the ball down by the corner flag for the final nine minutes of their remarkable come-from-behind win.

While Noel’s scars will be physical, Liverpool’s players will have to endure mental ones, having come up a point short despite barely putting a foot wrong all season. Managing to look even more forlorn than he did that time Salt Bae asked him to pose for a selfie after the Big Cup final in which Sergio Ramos knacked his shoulder, Mo Salah’s foul mood as he collected his half of the shared pair of golden boots doled out was in stark contrast to that of Manchester City’s ecstatic players.

“We are legends,” declared Pep Guardiola, having seen his side come perilously close to ending the season with a reputation for being legendary bottlers. “We will be remembered. This group of players are absolutely eternal in this club. What we achieved, it is so difficult to do it. [Lord Ferg] with Manchester United has done it years ago – two or three times – now I realise again the magnitude of doing this. Now we are part of this.”

There were similarly triumphant scenes being played out at the Brentford Community Stadium, where Mr and Mrs Raphina were spotted showing off their six-packs shortly after the Brazilian had chipped in one of the goals that kept Leeds up by the skin of their teeth at the expense of Burnley, who lost at home to Newcastle. “It wasn’t easy to manage and I was trying to think of ways to help the group tactically,” whooped Jesse Marsch, whose sole tactical contributions seemed to be constant reminders through the medium of charades to his group that they were only playing against 10 players … until that depleted number was further reduced to nine.

“It’s the owners’ first full season and the nature of the industry is it can’t all go your own way. They’re disappointed but they are in there lifting the team and we will be ready for next week” – Wrexham boss Phil Parkinson reveals Ryan Reynolds and Rob McElhenney have been doing their best to lift the squad after jetting in with some high-profile friends to see them beaten by Bromley in the FA Trophy final.

“No doubt The Fiver spent the weekend riding the roller-coaster that is the final day of the Premier League season. Hardly surprising, therefore, that it probably missed an extraordinary football revolution taking place in leafy Surrey where Dorking Wanderers were promoted to the National League via the playoffs. Big Website noticed the rise of the team back in 2019. Delayed by Covid, that rise has continued for a team that started playing in a local park in 1999 and, 12 promotions later, have reached the National League. One of the founder players, Marc White, is now manager and chairman and is best described as a ‘character’. Their progress this season has been followed on the ‘Bunch of Amateurs’ YouTube channel in the fly-on-the-wall series Dorking Uncovered, but be warned, some of the language could make even the Fiver blush” – Ian Castle.

“A doff of the cap to the Real Madrid-supporting papers for taking Kylian Mbappé staying at PSG with all the good grace that you would expect of them, with ‘You need a lot of class to play for Madrid’ and ‘It’s his loss’. Very strong ‘I never fancied them anyway’ vibes …” – Noble Francis.

Send your letters to the.boss@theguardian.com. And you can always tweet The Fiver via @guardian_sport. Today’s winner of our prizeless letter o’ the day is … Ian Castle.

Get your ears around the latest Football Weekly. And while we’re at it, Max, Barry and the pod squad are going back on tour. Tickets to live shows in June and July are available here.

Kylian Mbappé insists the call of hom€ resulted in him spurning a move to Spain and staying with PSG. “Everybody knows I wanted to leave last year,” he honked. “I was convinced that was the best decision at the time. The context is different now, in sporting terms and personal terms. France is the country where I grew up, I’ve always lived here and leaving wasn’t right … The sporting project has changed as well, that made me want to stay, I don’t think my story is over yet.”

Erik ten Hag has been sampling the delights of certain press pack members, getting up close and personal with them for the first time on Monday. “We are playing in the Theatre of Dreams,” he growled. “We want to entertain. In the end, the intention is to play fantastic football. If we can’t play fantastic football, we still have to win.”

Liverpool have confirmed Fulham’s attacking midfielder Fábio Carvalho will join them on 1 July, but are sweating on Thiago Alcântara’s fitness for Saturday’s Big Cup final against Real Madrid.

Sunderland are back in the Championship, a 2-0 playoff final win over Wycombe finally ending their stay in the third tier. “People love sticking the boot into a fallen giant,” tooted manager Alex Neil. “I’m extremely satisfied that I’ve managed to deliver so much to so many people that it really matters to.”

And despite this ridiculous Felipe Gutiérrez goal, Universidad Católica still slipped to a 3-2 defeat against Campeonato Chileno rivals Audax Italiano.

My teacher said I’d more likely be dead by 25 than a footballer. What if I had listened, writes Troy Deeney.

Jonathan Liew on Manchester City. Plus Jamie Jackson’s squad ratings, his story of their title and their triumph in Pep’s own words.

Milan are champions of Italy for the first time in 11 years, finally discarding their ‘Istanbul Syndrome’, reports Nicky Bandini.

Barney Ronay watches a lack of Spursiness at Norwich. 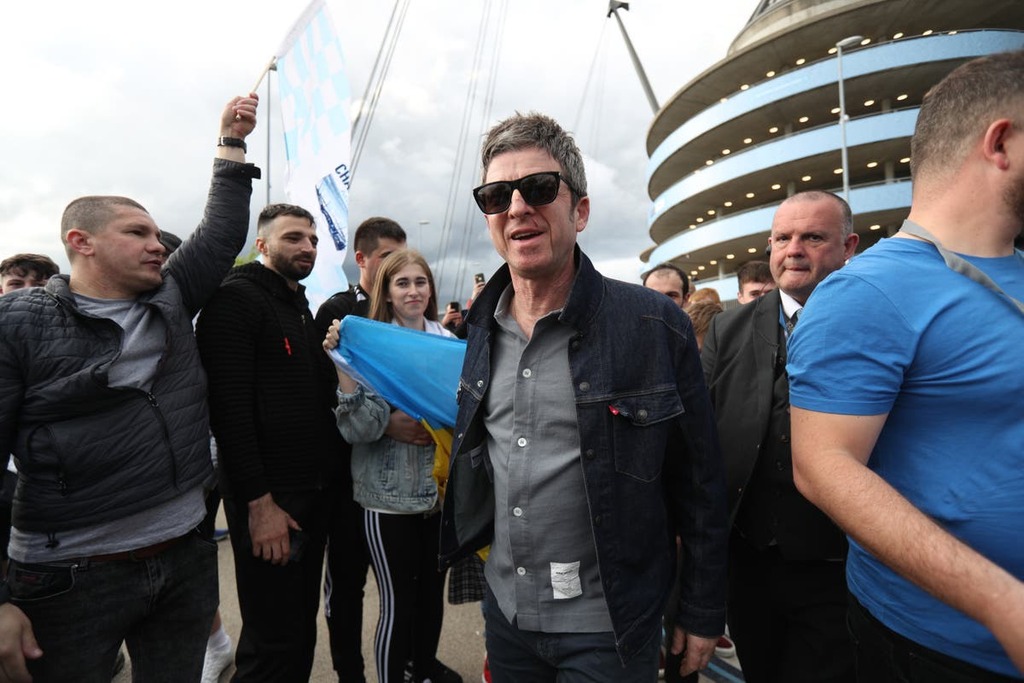