By Sean Ingle in Geneva 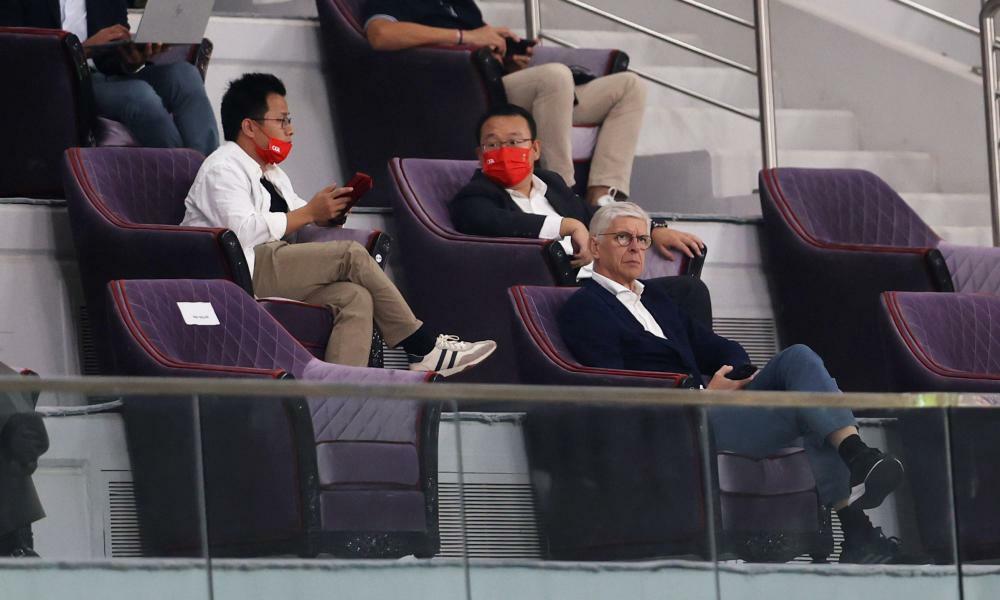 Manchester City and Gareth Bale are the latest voices to oppose a biennial World Cup amid widespread anger at Fifa’s lack of consultation over plans to radically alter the football calendar.

The proposals – which have been developed by Arsène Wenger, Fifa’s chief of global football development – would lead to a World Cup or European Championship every summer, as well as potentially no club football in October while international qualifiers are played instead.

But speaking at a meeting of the European Club Association, the Manchester City chief executive officer, Ferran Soriano, warned Fifa that its proposals risked players’ wellbeing. “There is no space for anything,” he said. “No room at all. The players cannot play more games, that’s for sure.”

Bale, meanwhile, believes a World Cup every two years would rob the tournament of its “special feeling”. “I like the tradition of every four years – it has the prestige, like the Olympics coming around every four years, it feels that little bit more special it’s not happening too often,” said Bale, captain of a Wales squad currently seeking to qualify for the 2022 tournament in Qatar. “I don’t like every two years, I feel it loses that bit of history. The fact it’s over four years, and it’s a long time until the next one, makes it that bit more prestigious.”

Europe’s top clubs and Uefa fear there is little they can do to stop Wenger’s proposals, which appear to have the support of the majority of Fifa associations, coming into effect. Wenger has even suggested they could be voted through in December, before coming into law after 2024. What further infuriates the clubs is that while Wenger has already briefed L’Équipe – and also invited dozens of former players and coaches, including John Terry, Michael Owen and Yaya Touré, to Qatar this Thursday to consult with him – Fifa is yet to ask the ECA, whose clubs pay the players’ wages, for their opinion.

Speaking in Geneva, Nasser al-Khelaifi, the chief executive of Paris Saint-Germain and president of the ECA, said: “What we want is engagement. But then let’s talk. Fifa haven’t approached us yet. Let them approach us, and then we will have a discussion.”

The Leeds owner, Andrea Radrizzani, expressed similar sentiments, saying: “I would like a World Cup every four years but perhaps there could be a discussion around every three. Why shouldn’t Fifa engage? In my opinion there is a disconnect.”

This week the Uefa president, Aleksander Ceferin, said a biennial World Cup would “lead to less legitimacy, and dilute the World Cup itself”.

Meanwhile, Fifa has been urged by the ECA to urgently clarify whether those Premier League players who were not released for international duty in red-list countries are allowed to play this weekend.

The plea comes after Fifa confirmed that it had launched disciplinary action against Brazil and Argentina following chaotic scenes on Sunday, in which their World Cup qualifier was suspended minutes after kick-off after Brazilian health officials came on to the pitch.

The Brazilian Health Regulatory Agency said that four Argentinian players made false statements upon arriving in Brazil, omitting that they had been in the UK in the past 14 days. According to Brazilian Covid-19 regulations, anyone who visited the UK 14 days before arrival cannot enter the country.

However, under current Fifa rules, players who are not released for international games can potentially face a five-day sanction – putting Liverpool’s Brazilian trio of Alisson, Roberto Firmino, and Fabinho at risk of missing the trip to Leeds on Sunday.

Charlie Marshall, the ECA’s chief executive, said that such a sanction was unfair on Liverpool and other clubs given the Covid-19 restrictions in place in many countries. “This has to be sorted out within the next 24 hours – Liverpool and the other clubs need to know if they can play their Brazilians or whether Fifa is going to enforce the five-day rule for not releasing the players,” he said.

“We don’t think there should be sanctions because if a player has to quarantine he is unavailable to immediately play for his club again, so it would be longer than the agreed release period. We think Fifa has abused its position and they have to sort it out.”

Elsewhere in Geneva, ECA chairman, Edwin van der Sar, warned that players are getting closer to walking off the pitch unless the authorities do more to tackle racism. “We want organisations to step in,” said the former Netherlands and Manchester United goalkeeper when asked about the racist abuse faced by England’s Raheem Sterling and Jude Bellingham in Hungary last week.

“If there’s widespread racism or certain actions, players will take it into their own hands if organisations and governing bodies are not doing enough. I think the moment is coming closer and closer. We need more severe actions.”