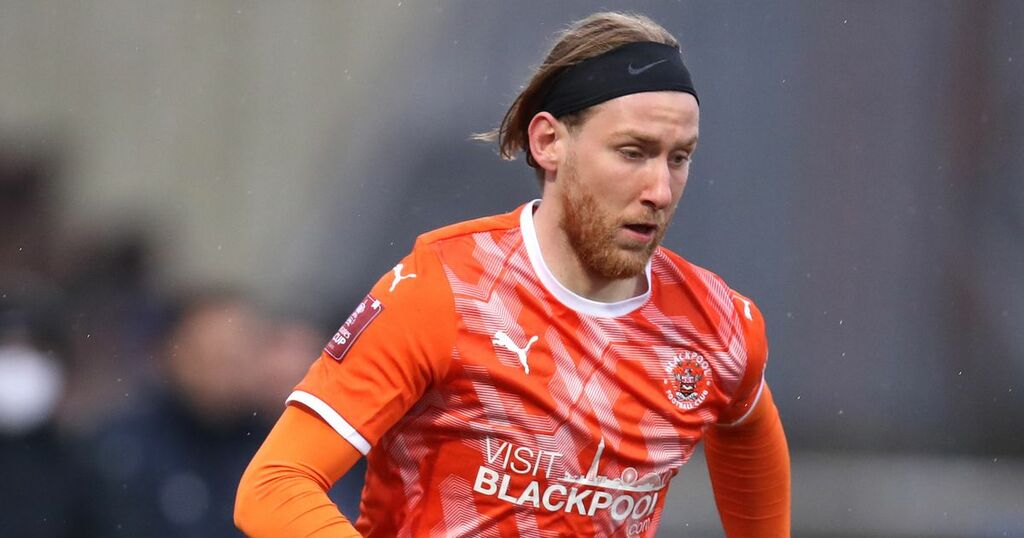 The 19-year-old has been told he can leave Aberdeen and Forest are keen to swoop.

Aberdeen manager Jim Goodwin has revealed that the club are releasing Nottingham Forest transfer target Luke Turner at the end of the season.

The 19-year-old is out of contract with the Scottish side this summer and will be available on a free transfer. The teenager is now on "Forest’s radar", with the centre-back being "offered a trial" with Steve Cooper’s men, according to the Daily Record.

Turner is yet to make a first-team appearance for Aberdeen but enjoyed an impressive season-long loan spell with Northern Ireland side Cliftonville. The Northern Irishman has earned rave reviews for his performances this season.

The defender has played 43 times in all competitions and was crowned Northern Ireland’s Young Player of the Year at the NI Football Awards this week. A successful trial with the Reds could lead to a contract with the Championship club and a place in the U23s squad.

Goodwin has provided some clarity on Turner's future and confirmed that the player has not been offered a new deal and will be allowed to join a new club on a Bosman once his contract expires. The Irishman said that the teenager is "a little bit short" of what the club wants from defensive players and does not want to block the path of other youngsters coming through.

“We’ve spoken to Luke and his representatives," Goodwin told The Press And Journal. "We believe it’s probably in Luke’s best interests because of the players we’ve got coming through.

“Luke has had a really good loan period over in Northern Ireland and has done particularly well. However, we just believe it’s a little bit short for what we’re looking at in that area.

“We’ve got another one or two good young centre-backs coming through the system and you’re always wary of blocking that pathway.

“It would have been easy to give the young man another year or two and do the same again with him next year. But we felt it was right just to give him the opportunity to go and find something a bit more permanent somewhere else.

“These decisions have to be made. In hindsight, you hope to be proved that they’re the right ones.”

The 19-year-old has been told he can leave Aberdeen and Forest are keen to swoop.