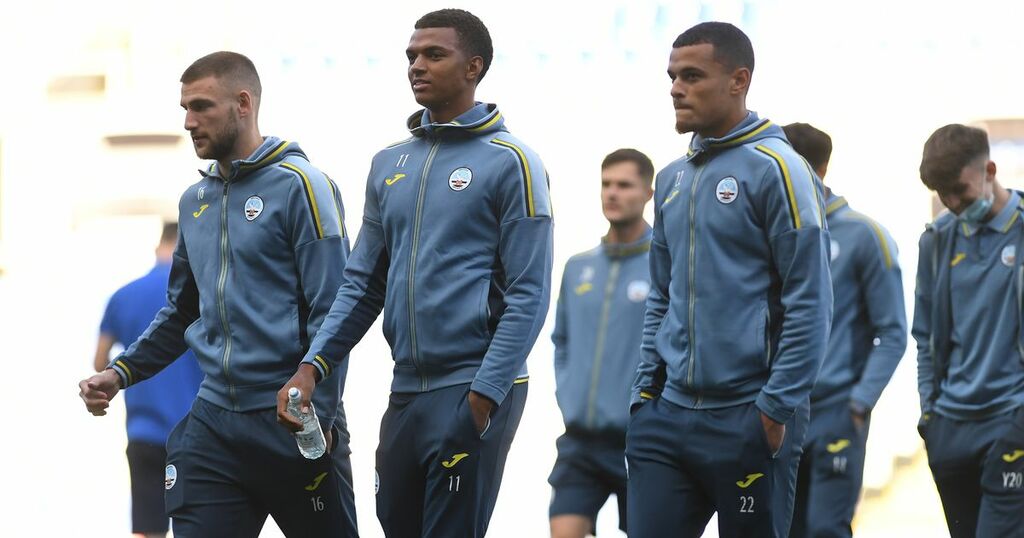 Lincoln boss Michael Appleton says his side may revisit the prospect of signing Swansea City striker Morgan Whittaker in January.

Appleton and the Imps suffered late transfer window disappointment last month when a deal for the ex-Derby County man failed to get over the line.

Their CEO Liam Scully said at the time : "My views are that it was, overall, a positive window.

“Obviously, on deadline day itself, everyone knows what went on. We were desperately disappointed, frustrated, angry, annoyed [over the collapse of the Whittaker deal]. I suppose every emotion under the sun.

“There’s no hiding that that has left us one player short, which isn’t ideal.”

Appleton has now revealed that Whittaker is still part of his thinking and that should the opportunity arise, a deal could still be struck.

Asked if he could revisit signing the youngster during the January window, Appleton said : “We will if we think there’s an opportunity for it to happen.

“But, at the same time, we’re not going to put ourselves in a position where we might lose out.

“I’m reasonably confident that on the first of January we’ll be in a position to bring in a couple of players rather than be in a situation where it gets to the end of the window and still not knowing.”

Appleton will have been given hope by Russell Martin's words on Whittaker at the end of last week.

The Swansea head coach hinted that Whittaker could be available when the window reopens at the turn of the year. His short-term future may appear a little uncertain but Martin is sure he has long-term prospects at the Swansea.com Stadium.

"I don’t think it was a deal that was ever done," admitted the head coach.

"It was certainly discussed about what’s best for Morgan and what would be best for us.

"I think you'll find a huge majority of chairmen, chief executives, players, managers very disappointed on deadline day, regardless of their situations, so it is what it is.

"Morgan was fully aware of the situation the whole time. I spoke to him on deadline day on numerous occasions.

"He’s trained really well and he’s part of a long-term plan for this club. He knows the things we think he needs to improve on to play regularly in this team.

"If there comes a point where the best thing for Morgan is to go out and play games like Kyle Joseph and Ollie Cooper have done, that's what he'll do. At this minute of time, we feel the best thing for him is to be here, be part of it and train every single day and find out where his 100% is.

"I think he’s been caught in between 23s and first-team football at his previous club with real potential and promise.

"He’s come here and needs to turn himself into a first-team player, but we really enjoy working with him."