By Stephanie Kirchgaessner in Washington 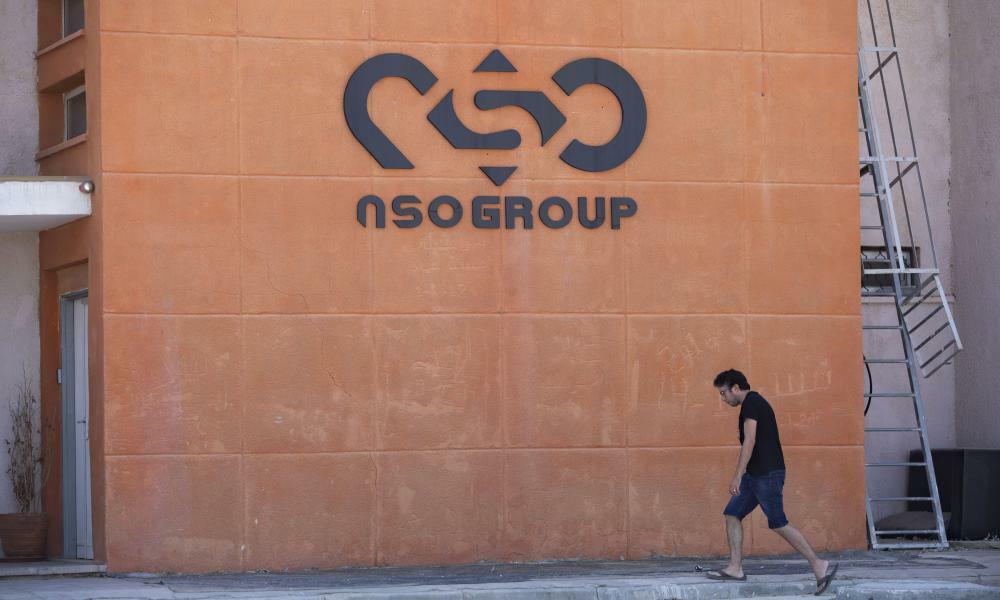 The US consulting firm that now manages the fund that owns a majority stake in NSO Group, the Israeli spyware maker, has not yet been granted clearance by the Israeli government to receive any sensitive information about the company.

The clearance is required before any sensitive information can be shared because NSO is regulated by the Israeli defence ministry, and details about the company’s government clients and internal investigations are classified.

Berkeley Research Group (BRG) was selected to take over management of the fund by a group of public investors in late July after an internal dispute between the founding partners of Novalpina Capital, the London-based private equity company that previously managed the fund and controlled NSO’s board.

A spokesperson for the Israeli embassy in London declined to comment. BRG did not respond to several requests for comment.

The change in management of the fund followed months of internal strife at Novalpina. It also came after the publication of the Pegasus project, an investigation into NSO by a consortium of 17 news outlets that included the Guardian, Washington Post and the French nonprofit Forbidden Stories.

The investigation revealed how human rights activists, journalists and lawyers around the world have been targeted by authoritarian governments using NSO’s hacking software, which is known as Pegasus. Traces of Pegasus have also recently been discovered on the mobile phones of five current French cabinet members, according to a report by the investigative website Mediapart.

NSO has said its hacking software is only meant to be used by government clients to conduct legitimate investigations into serious crime. The company has denied that its spyware has ever been used to target French officials, and has also said it conducts thorough investigations of allegations of misuse when it receives “credible information”.

Once installed on a phone, Pegasus can harvest more or less any information or extract any file. SMS messages, address books, call history, calendars, emails and internet browsing histories can all be exfiltrated. It can also turn a mobile phone into a remote listening device.

The Guardian has also learned that Gunter Schmid, a senior adviser to Novalpina who had continued to serve as chair of NSO’s governance, risk and compliance committee (GRCC), recently submitted his resignation.

According to a recent disclosure by NSO about its internal governance practices, the GRCC oversees NSO’s adherence to its human rights policies and leads investigations into complaints of abuse.

NSO did not respond to queries about Schmid’s resignation or questions about BRG’s status with the Israeli government. Schmid was not immediately available for comment.

According to its website, BRG is a global consulting firm that helps organisations manage disputes and investigations, deal with corporate finance issues and improve performance. The firm says on its website that it is “continuously looking for opportunities to make a positive contribution in our local and global communities”.

BRG’s executive chairman is David Teece, a prominent economist and professor in global business at the Haas school of business at the University of California, Berkeley.

A press officer at the university did not respond to a Guardian request for an interview with Teece. But the professor has previously expressed views on the role of corporations in helping to support democratic values.

In October 2020, in an opinion piece that was published by the New York Times and focused on corporations’ social responsibility in the wake of “disturbing” developments in China, Teece called on companies “whose prosperity depends on liberal democratic institutions” to “reassess their strategic decisions to determine if they are, in any way, undermining those institutions”.

He wrote: “[I]t’s about thinking ahead with a stewardship perspective and a deep care for democracy, open societies, justice and the rule of law. Other issues, except possibly those related to the environment, pale in significance.”

BRG declined to respond to question about its corporate social responsibility policies.

Two people familiar with the matter said the decision by investors to transfer management of the fund that owns NSO from Novalpina to BRG was heavily influenced by Tobias Read, the treasurer of the state of Oregon who recently launched a campaign to become governor.

The Oregon state employee pension fund was one of the largest investors in Novalpina Capital, after committing about $233m to the private equity firm in 2017, before its acquisition of NSO.

Rachel Wray, the Oregon treasury spokesperson, told the Associated Press in August that Read – who as the state’s chief investment officer has oversight of its multibillion-dollar pension fund – was “concerned” about reporting around NSO and was “involved” at the time in discussions around Oregon’s investment.

In response to questions about whether Read had any concerns about BRG not yet receiving clearance by Israel, Wray said in a statement to the Guardian: “Treasury is one of many limited partners in this fund; as a limited partner, we do not control the investment decisions made by external managers at private equity funds.”

She then directed enquiries to be referred to a spokesperson for BRG. The spokesperson did not respond to requests for comment.

It is understood that BRG has recently met managers of other portfolio companies owned by the fund that was previously controlled by Novalpina.

While BRG has not yet been to Israel to visit NSO’s headquarters, or accessed classified information, it is understood that the consulting company has met Omri Lavie, an NSO co-founder who is based in the US.

In a message exchange with the Guardian, in response to a question about whether he expected BRG to be involved in NSO in the same manner as Novalpina had been, Lavie wrote: “I guess you’ll have to wait and see like everybody else.”