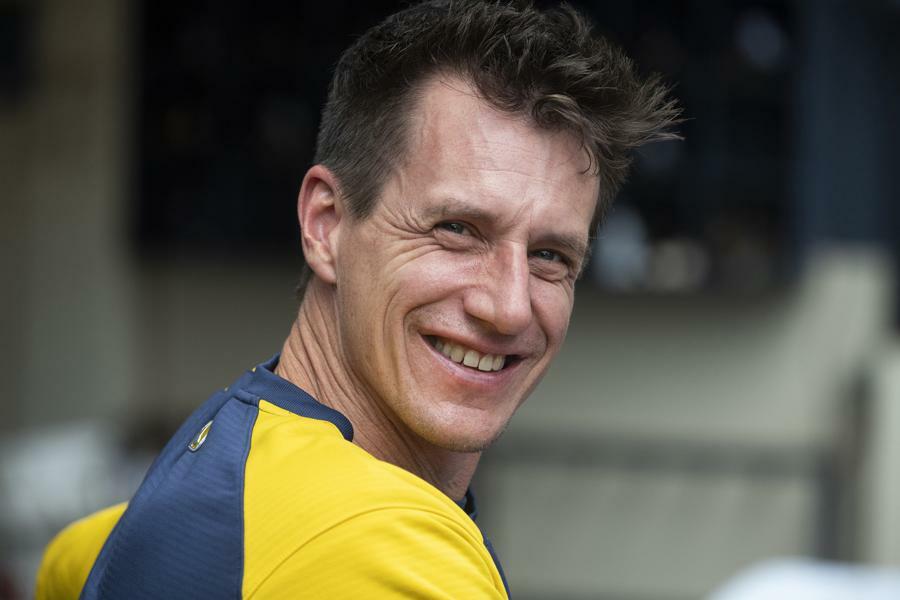 As the MLB season winds down to the final three weeks, the Milwaukee Brewers have a commanding 14-game lead in the National League Central Division.

President of Baseball Operations David Stearns and the entire Brewers front office staff have done a marvelous job crafting a winning baseball team. The team plays with energy and commitment to one another and their fans.

There is plenty of credit to share for the solid Brewers season.

In addition to Mr. Stearns, manager Craig Counsell should be at the front of the line when accolades are passed around.

The Brewers success is a total organizational effort.

Counsell, who turned 51 August 21, deserves tremendous credit for the manner in which he has guided his team.

To this writer, Counsell should be a front-runner for the National League Manager of The Year Award, along with San Francisco Giants manager Gabe Kapler. Both have done a wonderful job navigating the land mines that surface during any baseball season.

Knowing which players to deploy in the lineup on a given day is not an easy task.

This observer has watched as Counsell has gotten production from his entire roster. As a former player himself, Counsell respects, and is protective of his players. He understands the rigors of the game and the value of an off-day breather. Keeping his players sharp and motivated is a hallmark of Counsell’s leadership.

A recent decision Counsell made solidified his reputation for placing his team and players at the forefront of his thinking and managing.

On September 11, 2021, Brewers right-handed starter Corbin Burnes was pitching a brilliant game against the Cleveland Indians. He entered the 8th inning having yielded only one base runner, giving up a 7th inning leadoff walk to Indians outfielder Myles Straw. Other than that, nobody had reached base against Burnes.

Burnes completed the 8th inning without yet yielding a hit, and the manager was faced with a huge decision. Does he send Burnes out for the 9th inning, knowing his pitch count had already reach a season high 115 pitches? The risk-reward decision Counsell made was for the good of his pitcher and his team.

To start the 9th, Counsell chose to replace Burnes, no-hitter still in tact, with flame-throwing closer Josh Hader. Hader preserved the no-hitter and the Brewers victory. Hader struck out two hitters himself, giving the Brewers a total of 16 strikeouts for the game.

Craig Counsell managed with his intellect and his intelligence, and not his heart.

To this writer, Counsell is a born leader. He is driven to succeed, and is probably harder on himself than he is on others. But, one shouldn’t test his patience.

Regardless of the score, Counsell usually can be seen pacing the dugout with a perplexed and worried look on his face. Appearing hyperactive, he seems to be a worrier. He wants everything to be just right, leaving little to chance. He’s well prepared and plans ahead.

Refreshingly creative and highly energetic, Counsell is the type of individual that earns trust and respect from his owner, his front office, his players, and from his fans. There is a great deal to like about Craig Counsell.

Counsell played 16 seasons in the major leagues, ending his playing career in 2011 at the age of 40. He was with the Brewers, the same team he now manages.

Counsell was selected by the Colorado Rockies in the 11th round of the 1992 First Year Player Draft out of the University of Notre Dame.

A graduate of Wisconsin’s Whitefish Bay High School, Counsell played, and is now managing in a very familiar environment.

A middle-infielder and occasional third baseman, Counsell was a very competent and competitive player. He finished his career hitting .255 with an on-base percentage of .342.

The year the Diamondbacks won the World Series, Counsell was named the Most Valuable Player in the 2001 National League Championship Series. He was an integral member of that championship team.

Counsell began managing the Brewers in 2015, assuming dugout leadership from Ron Roenicke. He went 61-76 after taking over at the team’s 26th game.

Counsell’s Brewers lost to the Los Angeles Dodgers in seven games for the National League Championship.

Counsell and his Brewers are looking to go deeply into the 2021 postseason, and hopefully win the World Series. To this old scout, they have a very good chance of reaching that goal.

An outstanding communicator and proven leader, Craig Counsell has guided a stellar pitching staff and a solid offense to the top of the National League Central Division.

Playoff teams taking the Brewers too lightly will do so at their own peril. The team sparkles. Actually, it sizzles. Much is due to the leadership of Craig Counsell.

With three weeks remaining in the regular season, Counsell is protective of one of the deepest and most successful pitching staffs in the game. He is controlling pitcher’s work loads, utilizing his entire roster, and thinking ahead to what is in store for his exciting, balanced and complete team when the playoffs begin.

With good reason, Brewers fans are greatly supportive of Counsell and his players.

The respect Craig Counsell has earned generates well deserved, and almost universally favorable public comments. Properly so, because Craig Counsell is a winner.