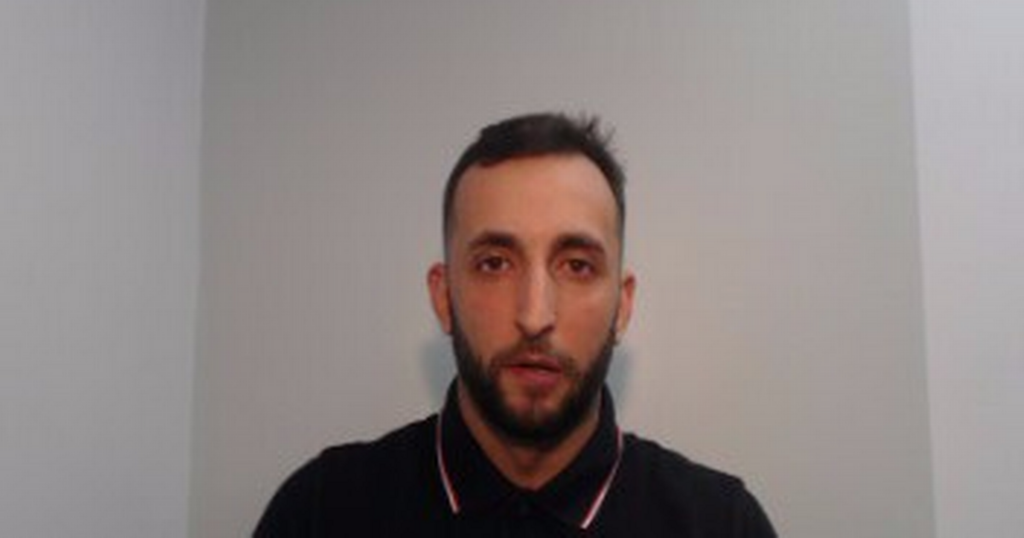 A man has been jailed for owning ammunition linked to a Moss Side drive-by shooting.

The shooting, on Great Western Street on March 19 of this year, saw two rounds fired at a group of ‘boys’, with a ‘12-inch’ knife also wielded in the attack, Manchester Crown Court heard.

No one was injured in the attack but DNA on spent cartridge casings could be traced back to Rois Cook, of South Drive, Gatley.

READ MORE: They lured him to the canal and stabbed him to death - then later they returned

When officers searched Cook’s then-Manchester address following the incident, they discovered a ‘small arsenal’ of weapons and a quantity of drugs.

However, police intelligence did not believe Cook, who appeared in court from HMP Forest Bank on a video link, carried out or was at the scene of the shooting, and nor did they believe him to be involved with organised crime.

Instead, prosecutors said Cook’s drugs were indicative of a ‘party lifestyle’ and not one of dealing.

Robert Elias added: “There was a plethora of material seized at his address.

“One item was a handgun with blank cartridges. It was a starter pistol stripped of its orange paint and looked like a handgun.”

Live ammunition was also found at the property, as well as a hoard of cannabis, cocaine, stun gun and a pepper spray — which Cook said belonged to his ex-partner.

Cook had a string of previous convictions to his name, including possession with intent to supply drugs, motoring offences, and obstruction of a police officer.

However, he had managed to stay out of trouble for the past four years, his defence barrister argued.

“He is capable of a pro-social lifestyle with his mind [put] to it.

“He was furloughed and he lost his focus so he started using drugs and with predictability, he fell back into those associations.

“When he is released he will live with his mother and obtain more qualifications. He either makes good on that resolve or he comes back to court and those sentences get longer and longer.”

Ultimately, Judge Daniel Prowse sentenced Cook to just over a year in custody.

“It is clear that at some point you came in possession of a live round of ammunition [which was] then used in a drive-by shooting.

“The shooting was not one you were involved with but the effects could have been fatal. Your home gave up a small arsenal of weapons.

“It is clear to me that you or someone else can live a law-abiding lifestyle."