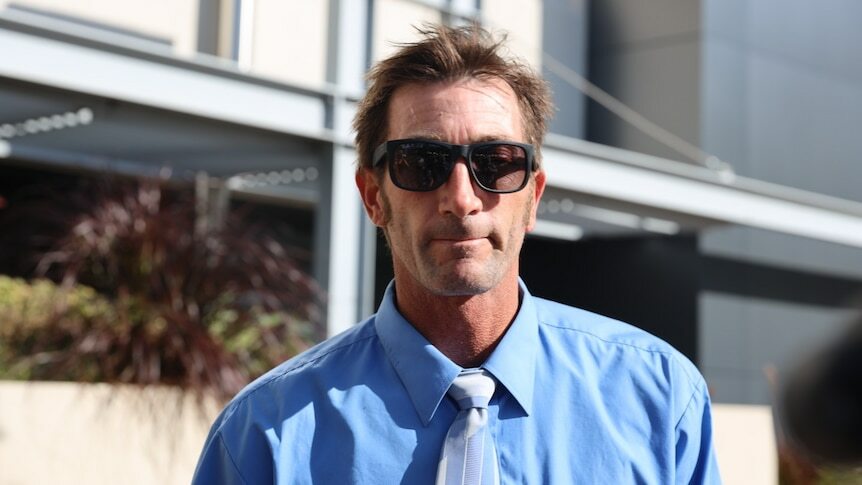 A Gold Coast man who threatened the Queensland Premier Annastacia Palaszczuk and the Chief Health Officer Jeannette Young last year has been found guilty, but has escaped jail time.

Aaron David Marriage, 43, has been found guilty of two counts of using a carriage service to send a threat to cause serious harm.

The ex-serviceman who told the court he served in Afghanistan was sentenced to four months in prison with immediate release and a good behaviour bond of two years.

He pleaded not guilty in the Southport Magistrates Court earlier in the year.

Marriage sent a slew of Facebook messages to the Queensland Premier's Facebook page over a number of months, threatening to "wipe [them] from the face of the earth" over COVID-19 restrictions.

Magistrate Gary Finger read the threats to the court, one reading Marriage would "run" police down with his truck at the border checkpoints on the Gold Coast.

Mr Finger read another threat which said "I won't put up with your crap anymore, Annastacia. F*** you and Jeannette. You're nothing but scum and I will personally wipe you from the face of the earth. Get ready for war".

Marriage told the court he had no intention to follow through on the threats.

Mr Finger said the threats were "demeaning, degrading, and personal toward the Premier and Chief Health Officer".

"There are a lot of people who are frustrated with the border closures," the magistrate said.

"You're not the first, you won't be the last.

When asked about the threats to her safety at a press conference last year, Dr Young compared it to the hardships people had suffered during the pandemic.

"Of course it is tough. But as I say, this is tough for an enormous number of people," she said.

Dr Young said she appreciated having the support of the government and police.