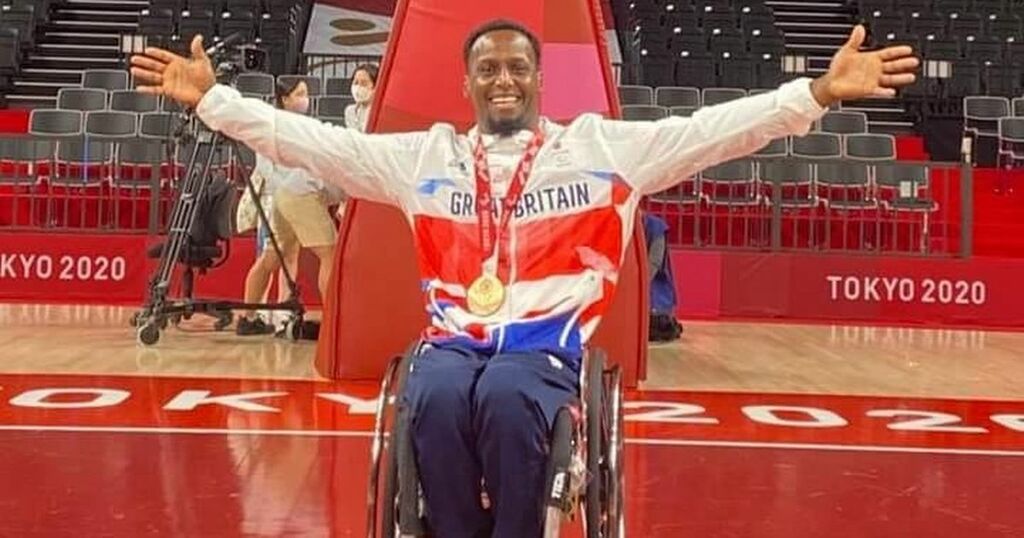 A Liverpool man who lost the use of both his leg after falling out of a first floor window has become a Paralympic success.

Abdi Jama, from Toxteth, was just 14 when the accident happened and was left needing a wheelchair as a result.

Now aged 38, he has just won Bronze at the 2020 Paralympic Games in Tokyo after helping Team GB beat Spain. Speaking of his accident, Abdi said: “It felt weird like any child, who normally is able to walk. I was used to playing football and running around, playing basketball and stuff, so for me it was completely different to start a new life.

Read more: Disabled woman in tears after being mocked by Home Bargains staff

“I was always very mature, so I realised this is a new life for me."

He added how it wasn't just one person who helped him adapt to his new life, but a whole community - one which he is still very much part of today.

He said: “It wasn’t just one person, 100% it was my friends. My friends pushed me to another level.

“They never made me feel out of place in any way. They supported me to get to where I wanted to get to, and without them I wouldn't be where I am.

“Jama, Awil, Khaled, Deeq and Yasin, they were my boys that looked after me from day one and we're still friends right now.”

His cousin and friend Jama was with him when he fell from the window. He told the ECHO: “Basically, it was a shock, we were young as well, very young, and when it happened it took us a while to get used to it.

“The resilient person he is just came out straight away and everyone just sort of fell into place then. He had to change his life and turned it into a positive, he didn't dwell on it.

“For me growing up, it was hard at first, because this is a guy I played football with, I trained with, we did a lot of things, we went to primary school together. I never knew anyone in a wheelchair let alone someone who was so close to me.

“He was the epitome of resilience.

“He used his accident as a tool and what he has achieved has been unbelievable".

Due to the coronavirus pandemic, like many other events, the Paralympic Games were postponed until August 2021.

Abdi explained how this changed his preparation for the competition, he said: "We knew what the world was going through at that time. We had to reprogram our mind to go for another year longer.

“It was tough, you had to train at home on your own, it was all about staying focused. Basically I trained at home, in my living room, in the backyard, pushing (the wheelchair) I would go down the Albert Dock for exercise.

"It was difficult not having a basketball court, that was the hardest thing, you know shooting some hoops and stuff.

“As long as we kept our fitness up, that was the main thing. We have great staff support and physios helped us out with equipment that we needed, and would send all that out for us to use at home”.

Once restrictions began to ease earlier this year, Abdi returned to training with Team GB in Loughborough.

Abdi started playing basketball in 2002 and made his debut for Team GB in 2007 when he picked up a silver medal in the Euro Championships that took place in Germany.

This success was followed by beating the USA team into a bronze medal at the 2008 Paralympic Games held in Beijing, China.

After defeating Germany at the 2011 European Champions in Israel the team won gold.

At 38, Abdi is the second oldest in the team and the longest serving member.

However, he does not plan on retiring anytime soon. He said: “Going for one more Paralympics, that's what's in mind, I’m still at the top of my game, so I’m not done yet.

“The next Paralympics is 2024 in Paris, France, and we got the World Championships before that, we got the Euros, all these matters to take care of as well."