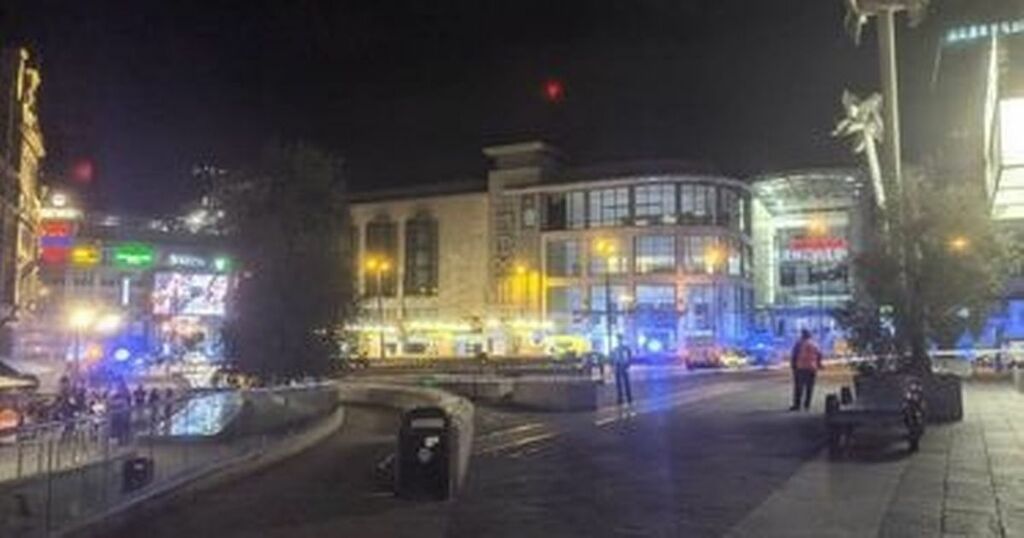 A man who fell 'between a gap in between a double unit tram' in Manchester City Centre is still in hospital with 'serious injuries'.

Police were called to reports of a man being hit by a tram in a collision at Exchange Square just before 11.30pm on Saturday night (September 11).

Officers attended and conducted first aid before he was taken to hospital by ambulance in a life-threatening condition.

READ MORE: Grandad and granddaughter duo from Salford bag £100k in emotional win on The Cube

A witness, who called 999, said the man appeared to get his jacket trapped in the door and was dragged along the stop.

A Transport for Greater Manchester (TfGM) spokesperson said: “This is a very upsetting incident and our immediate concerns are with the person injured.

"Our current understanding from information and CCTV footage received at the control centre is that the person fell into the gap between two trams connected as a double unit, although this is subject to ongoing investigation by GMP and the Rail Accident Investigation Branch, which has been informed of the incident.”

In an update today, Greater Manchester Police said that the man remains in hospital with 'serious injuries' and enquiries by officers are ongoing.