A man who turned up at his ex-partner's home wielding a machete told a judge he "just wanted to see his son".

Christopher Atherton, 29, sent threatening messages to the woman and later tried to pressure her to withdraw her statement.

Atherton, of Ullswater Street, St Helens, admitted multiple breaches of a non-molestation order banning him from contacting the mother of his child, possession of a bladed article and intimidating a witness and appeared for sentence at Liverpool Crown Court today.

READ MORE: 'Beautiful young man' beaten to death by 'up to eight attackers'

Steven Ball, prosecuting, told the court the pair had been together for around five years, but after the relationship broke down a court imposed a 12 month non-molestation order.

The order was coming towards its end when Atherton began sending text messages to his ex, which became increasingly more abusive. One, sent on July 16 last year, said: "Watch as soon as you get home I'm going to finish this you little dog."

Things escalated in September. Mr Ball said: "She was at home with her new partner when she could hear children shouting. When she looked outside she could see the windows on [her partner's] car had been smashed. Both the complainant and her partner went to some nearby shops to see if they could identify the culprit.

"There was a knock on the door and a man appeared who the complainant didn't recognise. That man told her [Atherton] was on the phone and wanted to speak to her. The complainant refused that request and the man walked off.

"Around five minutes later the defendant arrived outside, pulled his t-shirt over his head and pulled out a machete type knife from a sheath. He approached [the complainant's partner] and chased him down the road."

The incident was reported to police and Atherton was arrested, but he denied being at the scene and brandishing a machete. However on January 25 this year, while on bail, he spotted a cousin of his former partner in the street and approached her.

Atherton told her to pass a message to the victim, saying that she should not got to court and that he had "five witnesses" who said the machete "was a toy".

The court heard that the victim feared that the threats would be carried out against her or her family and she had since had to leave the area.

He later pleaded guilty to all charges. John Weate, defending, said while his client had struggled with addiction in the past and had been homeless, but had recently got himself accommodation.

Mr Weate said Atherton had been diagnosed with ADHD and had suffered an "overwhelming sense of loss" about not being able to see his son for a significant period of time.

However the judge, Recorder Simon Mills, said he could only impose an immediate custodial sentence. While outlining his sentence and questioning why Atherton would make such a bad decision, Atherton spoke from the dock and said: "I just wanted to see my son really, that's all".

Judge Mills told Atherton: "Once you start going to somebody's house with a machete in a threatening manner and then intimidate them while on crown court bail, you have reached, I am afraid, the point where appropriate punishment can only be achieved by immediate custody."

Atherton was jailed for a total of 20 months, and the court also imposed a five year restraining order banning him from contacting his ex-partner. 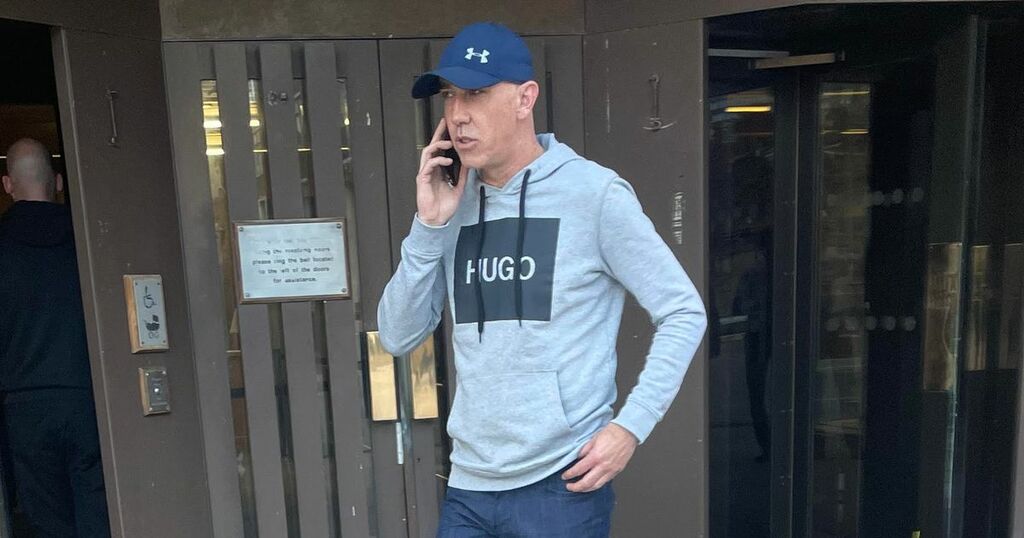 Liverpool Echo
From analysis to the latest developments in health, read the most diverse news in one place.
Furious worker threatened to write 'nonce' on manager's house after he was sacked

Peter Melia, 46, flew into a rage after he was dismissed - his temper landed him in front of a…

Money was also going from his mum's account to subprime money lenders Amigo loans eating up her £1,121 monthly benefit…

Tribune News Service
One place to find news on any topic, from hundreds of sites.
Couple 'nearly died' after neighbour launched samurai sword attack in row over shoes

Dean Brown, 42, went after Jennifer Robinson, her ex-partner Lance Buchanan and another man on a street in Somerton, Somerset,…