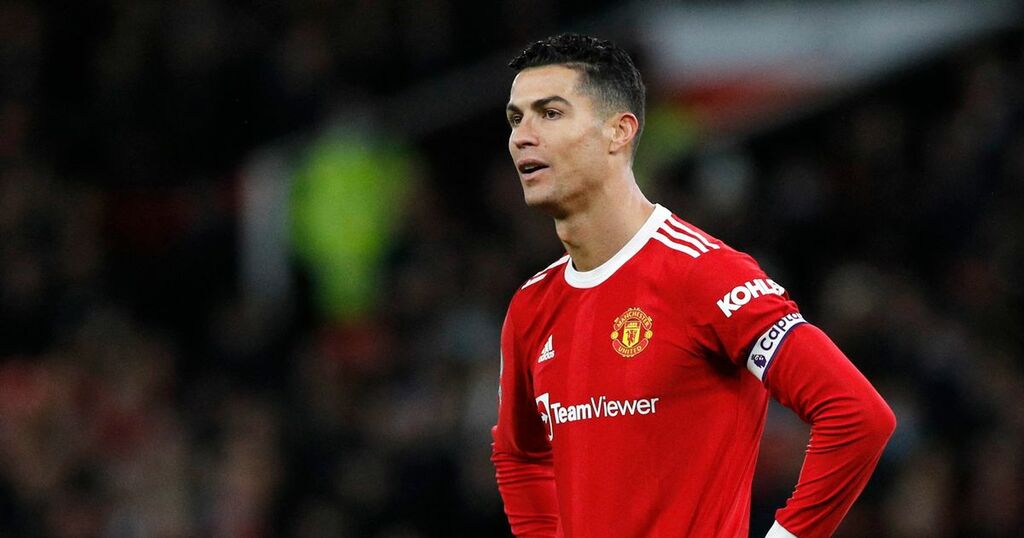 Manchester United scraped through to the fourth round of the FA Cup on Monday night as Ralf Rangnick 's woes were once again highlighted.

The Ronaldo-less Red Devils put in another unconvincing display as Scott McTominay's early header was enough to edge out Aston Villa and set up a date with Middlesbrough in early February.

A controversial VAR call spared United's blushes as they continued looked devoid of confidence and in need of some new arrivals this month.

It looks set to be a busy January at Old Trafford amid reports of unrest within the squad and talk of players gearing up for moves away.

With numerous incomings and outgoings touted, Mirror Football brings you all the latest transfer gossip coming out of the United camp, including a Cristiano Ronaldo update.

Have Your Say! Who should Man Utd look to sign in the January transfer window? Let us know here.

The Portuguese superstar was missing from United's matchday squad on Monday night and his absence could be a sign of things to come, if reports in France are believed to be true.

According to Le10Sport, Paris Saint-Germain are once again being linked with a move for Ronaldo following reports the United number seven is disillusioned and has held crisis talks with the club.

The 36-year-old made a sensational return to United this summer, but has reportedly issued the club with an ultimatum following discussions with agent Jorge Mendes, as speculation mounts over his future.

The French outlet claim PSG are ready to swoop for the superstar's services should he signal a desire to depart Old Trafford, sparking the possibility of a Ronaldo-Messi link-up.

The five-time Ballon d'Or winner was linked with the Ligue 1 giants prior to his United return in the summer as a potential replacement for the imminently-departing Kylian Mbappe.

Read more : Ralf Rangnick picks a side in feud between Cristiano Ronaldo and Mason Greenwood

One man who has expressed his desire to seek first-team football away from Old Trafford is that of back-up goalkeeper Dean Henderson.

However, the 24-year-old, who missed United's FA Cup clash with Villa through illness, has been told by manager Rangnick that he will not be allowed to leave this month.

Speaking after Monday night's triumph, the German told talkSPORT : “A couple of weeks ago he asked me [if he could leave] but I told him I’d rather have him stay until the end of the season.

“We are very happy with our goalkeepers but if it’s up to me I wouldn’t want him to leave.”

Rangnick added that the need for a number of top goalkeepers is essential given the amount of competitions United are in and given the uncertain climate at present due to Covid-19 disruptions.

Henderson, who has only featured twice this season, is said to be ‘really unhappy’ at his lack of game time and is believed to be attracting interest from numerous clubs, with Newcastle among his suitors.

United recruited Raphael Varane in the summer and may be forced to splash out on more centre-back cover should a move away for Eric Bailly transpire.

According to reports in Italy, AC Milan are considering the Ivorian as an option as they search for defensive reinforcement following the long-term injury sustained by Simon Kjaer.

The Rossoneri were keen on Sven Botman, another who had been attracting interest from Newcastle, however Lille's stance that he won't be sold this month has dented any hopes the San Siro side had of snapping him up.

Tuttosport, via MilanNews, claim the Serie A outfit are now looking to the Premier League for a replacement, with United's Bailly on Milan's list of targets alongside Manchester City's Nathan Ake.

Bailly, who is currently on duty with Ivory Coast in the African Cup of Nations, has only mustered seven appearances in all competitions so far this term, having seen the arrival of Varane knock him further down the United pecking order.

The Italian newspaper claim Milan are favouring a loan for centre back cover, which has complicated a potential deal for another target, Abdou Diallo, with PSG preferring to sell him this month.