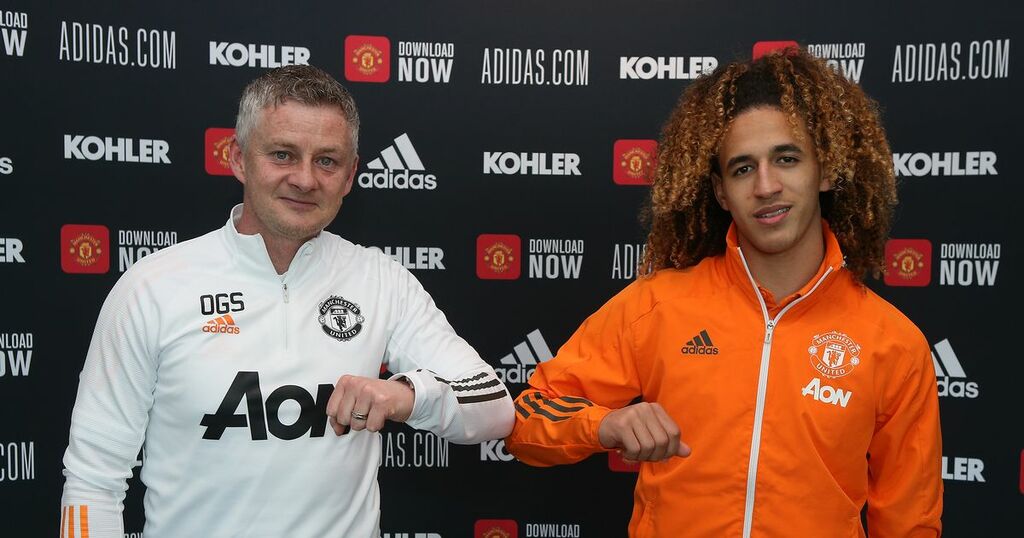 The France international will see his deal expire at the end of the season, meaning he could leave for nothing.

The 28-year-old can speak to foreign clubs over a pre-contract agreement from January with Real Madrid, Juventus and Paris Saint-Germain interested.

THE NEXT CR7? Ronaldo Jr arrives at Man Utd academy... and legend has high hopes for his son

However, recent reports have indicated that Pogba could reverse his decision and pen a new deal with the Red Devils after the arrival of Cristiano Ronaldo.

Regardless of the situation, United appear to have put in place a contingency plan that makes sure that no matter what happens, they are covered.

One of them being the development of Hannibal - one of the best youngsters at the club, who has been tipped for stardom in the future.

According to The Athletic, the playmaker has been utilised in a deeper role in midfield - the second time he has been challenged by United Under-23 coach Neil Wood to change his position.

Hannibal prefers playing as a No. 10 but this season has seen him moved further back and used in a 'Pogba' role, distributing from deep and starting attacks himself.

Could Hannibal Mejbri replace Paul Pogba? Have your say and leave a comment below

Another attribute that has increased exponentially is his physicality, a much-needed trait in central midfield in the Premier League.

Especially for a player that takes a lot of hits but The Athletic report that coaches have been impressed by his stamina and resilience.

“He played last season as a 10, and he played on the left and he really excelled,” Wood said last month.

“I think the next step of his development is to look to play him in a deeper role.

“Can he be in a deeper role during build-up? And then as we get out of build-up, can he get himself into an advanced position to get into the areas that he liked to get into last season to hurt teams and really show his creative spark off?

“So I think that’s the next phase of his learning, for this season especially up until January when he probably goes away with the Africa Cup of Nations.

While Hannibal might not be ready for a first-team role just yet, Ole Gunnar Solskjaer thinks highly of the Tunisia international - who declared for the north African country earlier this year.

It remains to be seen how Pogba's situation will turn out but the Red Devils are resting easy knowing they have a potential successor waiting in the wings.