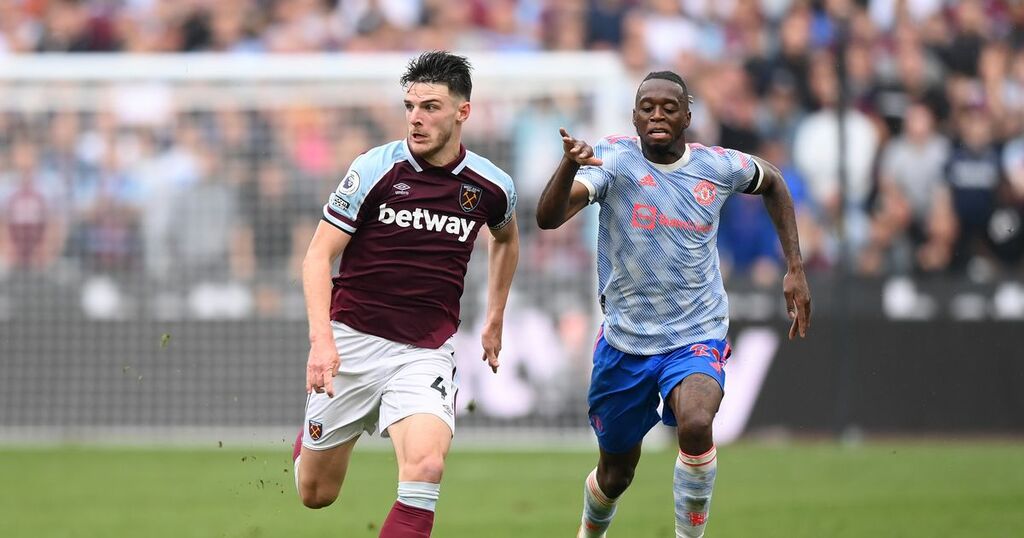 Glen Johnson has told Manchester United that they are behind two Premier League rivals in the race to sign Declan Rice.

The former England defender believes both Liverpool and Chelsea, where Rice began his youth career, are ahead of Ralf Rangnick 's side, who are in desperate need of a defensive midfielder in the mould of the West Ham star.

United were heavily linked with Rice last summer but no move materialised, although Johnson's claims suggest the Red Devils would be better served looking elsewhere.

"I don't think Manchester United could get anyone better than Declan Rice," Johnson told BettingOdds.com. "If he was available, I think Chelsea or Liverpool would be in front of them anyway.

Join the debate! How much is Declan Rice worth? Give us your price tag here.

"Those players only come around once. United have got [Donny] van de Beek or whoever and they try to sign all these players in that position for loads of money and it's just never worked.

Although the Old Trafford outfit remain England's biggest club, they are far from the best, and Johnson believes the changing times will effect Rice's decision.

"There used to be a time when, anytime Manchester United came calling, you go," the ex-right-back explained. "It was the number one place. Everyone wanted to go. But they don't have that appeal anymore.

"I don't think he'd end up there whether they want him or not. But in terms of their business, I think they should just sit tight and wait until the summer and weigh the whole situation up with everybody."

Regardless of who secures the 22-year-old's signature, they will have to pay a premium price, with West Ham manager David Moyes claiming it would take well over £100million to prise Rice away from east London.

"There was a bargain to be got with Declan at £100m. That bargain's now gone," Moyes said last October.

"We have a lot of really good players at this football club. I think while you're building and developing, people might always come and look at your players.

"But it's good that they are because that tells us that they’re doing well."

The Irons boss added: "He's done it with England, he's now learning how to control games.

"When you watch him play, he just seems in control of everything. For me, he's going to get better. Putting a price tag on him, I wouldn't sell him for £100m."