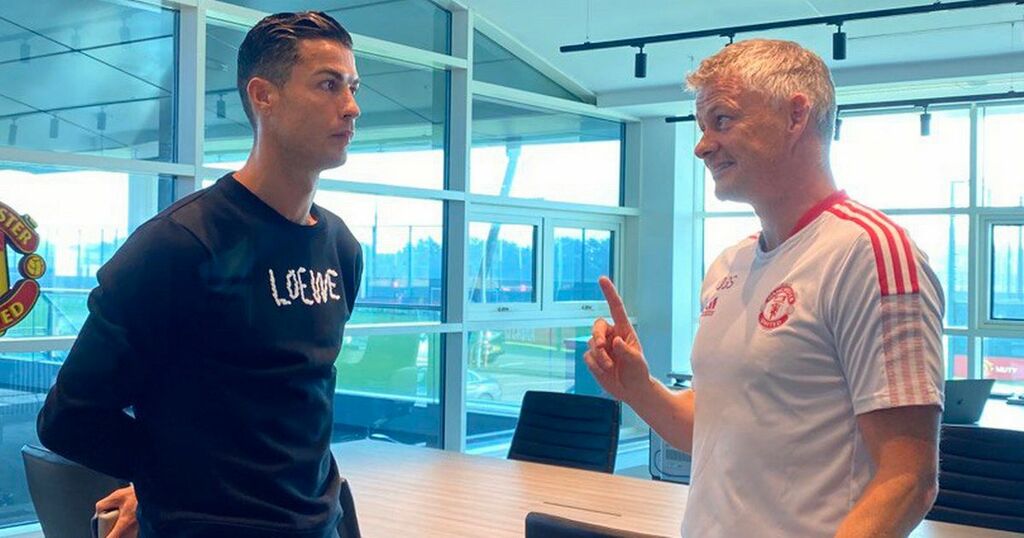 Manchester United's players have "nowhere to hide" now Cristiano Ronaldo is back at Old Trafford, according to boss Ole Gunnar Solskjaer.

Ronaldo will make his emotional return for United against Newcastle at Old Trafford on Saturday, after rejoining the club 12 years after leaving for Real Madrid.

And Solskjaer said Ronaldo's return and the way he trains and plays means there will be no hiding place for the rest of his squad.

"He's brought a winner's mentality and there's no place to hide with winners like him," said Solskjaer. "You can't go in 95 percent focused, it's been great having him in.

"Everyone's very happy to have him back and he seems happy to be back. The mood's been very good, we're working well and we're looking forward to Saturday.

"He's been having a good pre-season with Juventus, played with the national team and had a good week with us, so he'll definitely be on the pitch at some point, that's for sure.

"Cristiano coming back in, just the way he's conducted himself this week, we know what he's achieved in his career, but he wants to achieve more.

"He puts demands on himself, he's lived his life with the discipline of a top pro. Ever since I came here, he was the first one who did prep well, every day, 45 minutes before the training session and we started looking at this kid and he'll have an effect on all of the players.

"We've grown as a group the last few years, with the determination, desire and focus, bit by bit, like bringing Rapahel Varane in.