Manchester United have sent a congratulatory message to Erik ten Hag after he lifted yet another Eredivisie crown with Ajax on Wednesday evening.

The Amsterdam giants claimed the title on the penultimate match of the Dutch season with a dominant 5-0 thumping of Heerenveen at home.

With closest challengers PSV Eindhoven having squeezed past NEC Breda earlier in the day, Ten Hag’s men needed just three points from the final two matches of the campaign to secure their 36th title - and the third of Ten Hag’s tenure in all. That is exactly what happened at the Johan Cruyff ArenA, with the Dutchman’s new employers sending a congratulatory message to their incoming manager.

In a statement published on United’s official website, they wrote: “Ten Hag has a reputation as an attack-minded manager and that has certainly been evident with his side this term. Ajax have an impressive goal difference of 79, having scored 96 goals in the league so far.

"Perhaps even more impressive is the defensive resilience of Ten Hag’s team. In 33 matches, Ajax have conceded a mere 17 goals, 15 fewer than the next nearest team (Feyenoord).

Off the back of the Dutchman’s latest success, we look forward to welcoming Ten Hag to Old Trafford next season. Congratulations, Erik!”

Will Erik ten Hag win a trophy during his first season at Old Trafford? Have your say in the comments below.

In all, victory never quite looked beyond Ajax after Argentine Nicolas Tagliafico gave them the lead within 20 minutes. Steven Berghuis then doubled the lead before reported Red Devils’ transfer target Sebastian Haller converted from the penalty spot.

Brian Brobbey and Edson Alvarez then finished off proceedings with late goals of their own as Ajax celebrated yet another title success. It is also an extremely satisfying end to ten Hag’s tenure with the club ahead of his move to Old Trafford.

His final match in charge will now be against Vitesse Arnhem on Sunday afternoon, with the Ajax fans expected to give an emotional farewell after what has been a hugely successful four-and-a-half years in charge. In his time with the club, ten Hag has hoisted three Eredivisie crowns, two Dutch Cups and the Johan Cruyff Shield, whilst also enjoying impressive runs in the Champions League.

He is now set to move to Old Trafford as Ole Gunnar Solskjaer ’s permanent successor - the Norwegian having been sacked way back in November with Ralf Rangnick taking interim charge. The German has somewhat failed to inspire United this season, with a poor season having seen them finish outside of the Champions League places.

It could yet get even worse for the side, with a seventh-placed finish a real possibility should West Ham United win their game in-hand. The Red Devils round off their season with a trip to face Crystal Palace at Selhurst Park on the final day of the campaign. 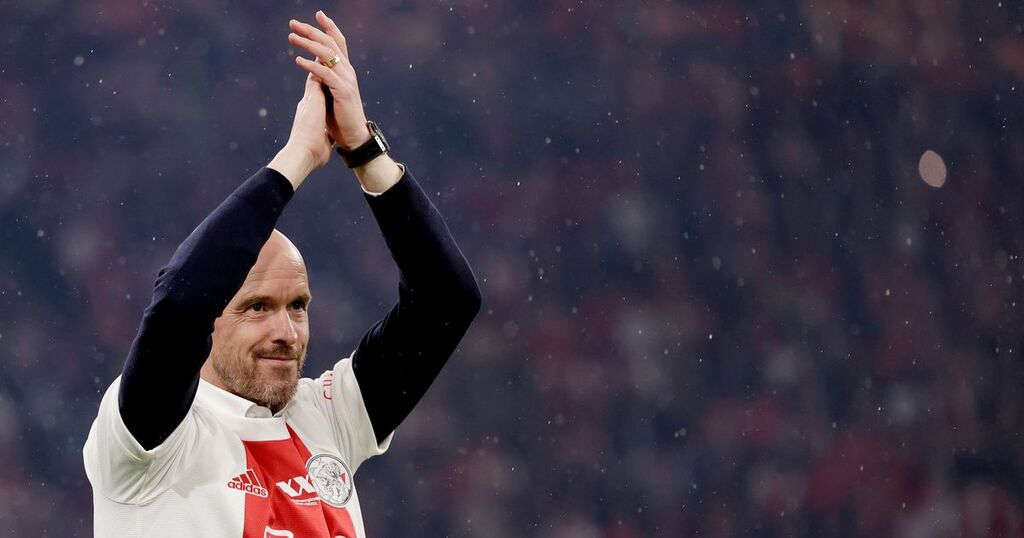