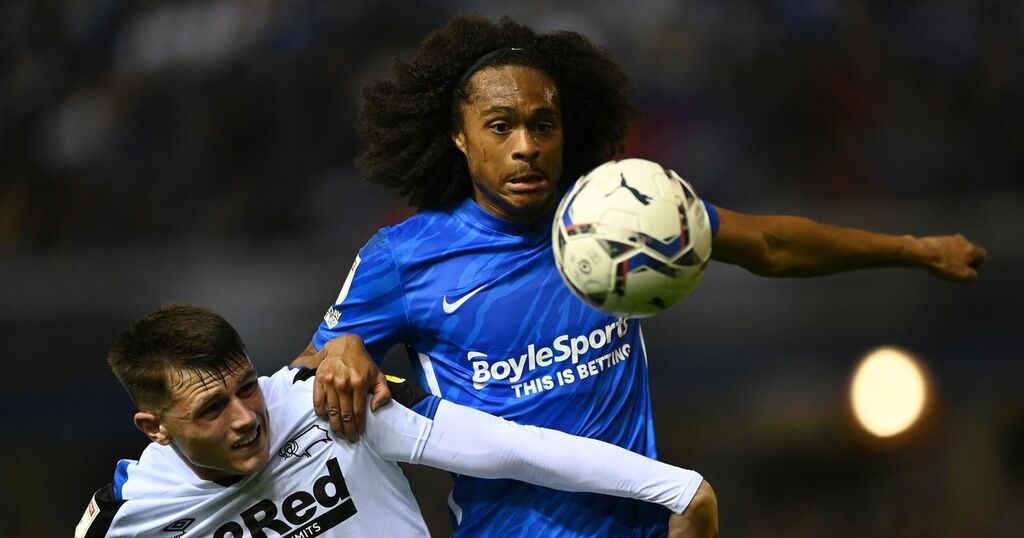 Tahith Chong's season-long loan at Birmingham City has got off to a fine start.

The Manchester United youngster was sent out on loan to the Championship side for this season to aid his development.

And after just five outings for the Blues he is already a firm fan favourite. Last night he posted another impressive performance in a comfortable 2-0 home win over Derby County.

The Dutchman made a clutch of surging runs and fancy flicks but it was his workrate that pleased City fans the most.

He was a constant thorn in the Rams' side and became increasingly influential as the game wore on.

It was enough to earn him the man of the match award from broadcaster Sky Sports - the second time he has picked up the gong following the win over Sheffield United on the opening day.

Speaking about Chong on social media after last night, one United fan said: "At this rate we'll be fielding £10m+ bids for him in January."

Another said: "Happy to see him do well. He’s had a few rough loan spells."

A third said: "He made a sliding tackle to nick the ball off a Derby player, which started a counter, during another high press deep into stoppage time. I can totally see why Birmingham fans rave."

And a fourth said: "Damn he’s killing it over there. Long may it continue."

Chong's boss at St Andrew's, Lee Bowyer, was also full of praise for his star midfielder.

After his performance last night, he said: "Everyone will talk about him in possession and the way he glides past people it is beautiful to watch.

"But I look at the other side and he works so hard for the team. To come from Manchester United and to have the attitude he has, and work the way he works, he is a credit to their football club.

"I have told them that already, to produce someone with that talent who works that hard for the team.

"There are other players that have talent, but they are luxury players. He ran 60 yards, sprinted past someone to catch up - I like that more. If you have that talent and still do that, you have every chance of making it at the top."

Birmingham's win takes them up to fourth in the table ahead of this afternoon's 3pm matches. They host high-flying Fulham on Wednesday night.