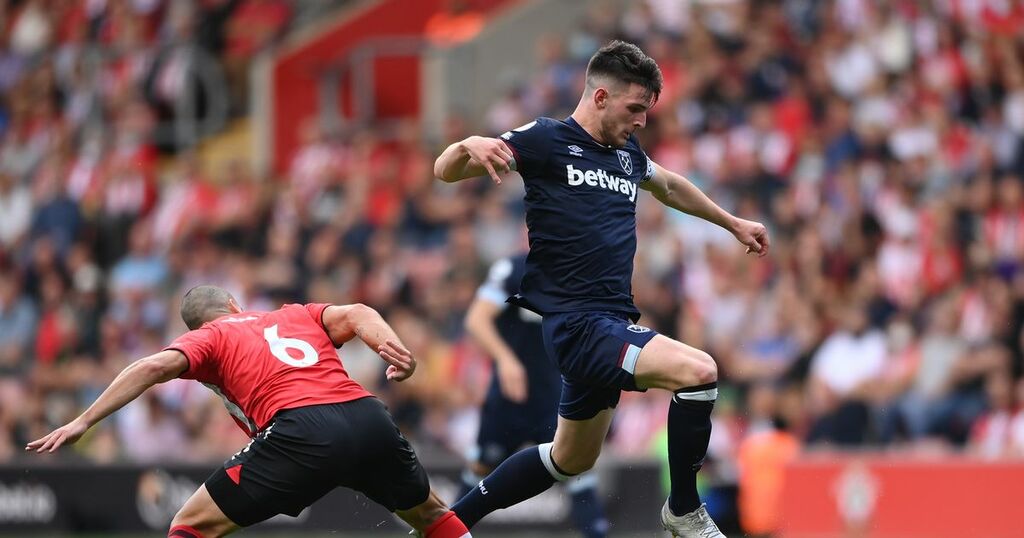 Manchester United believe that they hold the advantage over Chelsea in the Declan Rice transfer race after the Saul Niguez signing may have redirected Marina Granovskaia's focus for next summer.

Rice, 22, are long term admirers of the West Ham midfielder who was priced out of a Stamford Bridge return from his parent club this summer, with the east Londoners demanding in excess of £100million to release the Euro 2020 star.

Consequently, Granovskaia and co. turned their attentions late on in the transfer window to Atletico Madrid midfielder Saul Niguez who eventually signed on a season-long loan deal with an option to buy.

football.london understands that Chelsea have secured a £30million option-to-purchase agreement at the end of the loan period.

Both Rice and Saul featured at the weekend, with the latter struggling on his Blues debut in the Aston Villa triumph.

In that contest, the midfielder never looked up to the increased pace of the Premier League and Thomas Tuchel himself took full responsibility for the decision to play the Spaniard in the midfield pivot against a high pressing Villa side who targeted the 26-year-old heavily in the first half.

Talking after the game about his decision to sub the debutant at half-time, the German said: “It was a hard decision but I had the feeling he struggled. There were some big mistakes, passing mistakes, easy ball losses which is very unusual for him. He struggled with the intensity. You could see he isn't fully adapted.

“Hopefully he can accept it was completely my responsibility. I had the feeling he could jump in and play at that level.

“I put him into a very difficult match after the international break and it was hard to adapt the physicality in general, and to the intensity and high pressing of Aston Villa. Also it was hard for him to adapt to our system and principles.

“I thought it was maybe better to change him and to give us more stability in the centre and switch the shape.”

The jury is still out on whether or not the Blues make a Mateo Kovacic type of decision in making his fellow midfielder compatriot's loan deal into a permanent one come the end of the season.

Regardless, Ole Gunnar Solskjaer now believes that the Red Devils have a better chance of acquiring the services of the Englishmen after Granovskaia's latest transfer decision.

The Daily Express have reported that United have made West Ham's No.41 a priority target and they ‘feel they are in a strong position’ to capture his signature.

The report goes on to add regarding the Saul decision: 'it is felt this has meant they are no longer keen on’ Rice - a player who they released as a 14-year-old from their academy.

Additionally, with reports coming out over the summer that David Moyes' most prized asset has rejected a number of contract extensions put forward by the Hammers, this has prompted former Irons full-back Glen Johnson in making a bold prediction regarding his future.

"I would of course love him to stay," Johnson said in an interview with BettingOdds.com.

"But if he wants to win trophies and fight for titles and go deep in the Champions League, clearly as we all know, he’s not going to do it at West Ham.

"It’s all about timing and how ambitious he wants to be. I think he is ambitious so I’m sure he won’t want to flirt around the middle of the table for the rest of his career. I’m sure something will happen soon, but I hope it doesn’t!"

football.london understands that West Ham have never received a bid for Rice and would not welcome one. The midfielder is understood to be happy at the club and on a long-term deal that does not expire until 2024 with the club holding an option to extend for a further 12 months.