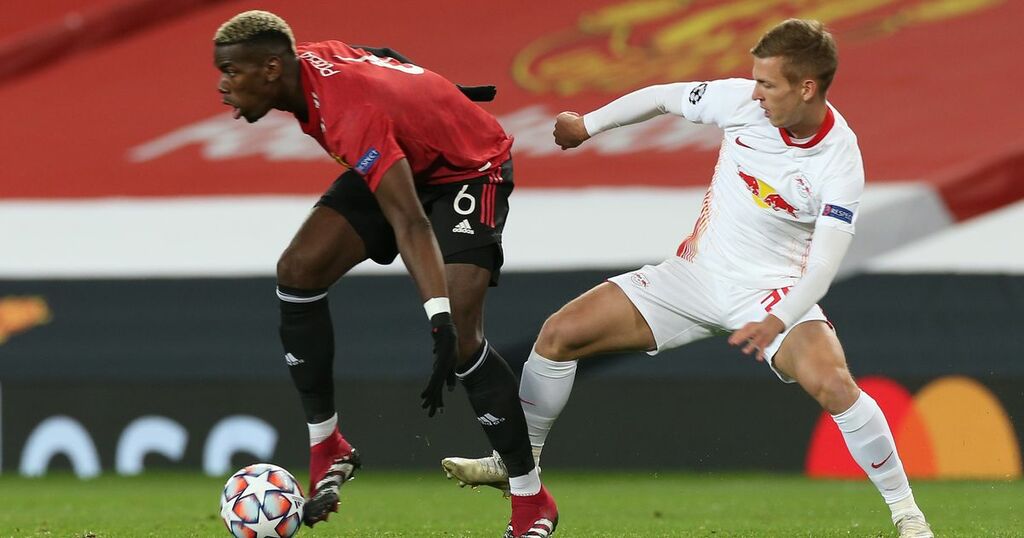 The £60 million-rated midfielder has interest from Bayern Munich, Barcelona and Juventus after emerging as one of the Bundesliga's most exciting talents, having signed from Croatian outfit Dinamo Zagreb in January 2020 for £17m.

The versatile 23-year-old was heavily linked with a return to the Camp Nou this summer and is said to have been the subject of a £50 million bid by the Catalan behemoths on transfer deadline day.

Spanish outlet MARCA now claim United and Bayern are eyeing the creator following his impressive performances for Spain both at Euro 2020 and the Tokyo Olympics this summer, with his nation losing in the semi-final and final respectively.

He recorded three assists during the European championships after scoring Leipzig's only goal in their DFB Pokal final loss to Borussia Dortmund in May.

Olmo returned to action with the East German outfit on Saturday, playing 58 minutes as Bayern crushed them on 4-1 on their own turf.

A switch to the Allianz Arena would see the Spaniard reunite with a number of familiar faces, such as manager Julian Nagelsmann, Dayot Upamecano and Marcel Sabitzer, who all swapped the Red Bull Arena for Bavaria this summer.

Leipzig, under new manager Jesse Marsch, have won just one of their four Bundesliga games this season and travel to England to face Manchester City on Wednesday.

Olmo even revealed he had contact with Barcelona regarding a move in a recent interview.

"There was no time to even think about a transfer, everything happened too quickly," he told Suddeutsche Zeitung .

"For now I have my mind on the season with Leipzig, and I'm fine here.

"I really want to play, to fight in international tournaments again. That is my motivation."

The Blaugrana's sporting director, Mateu Alemany, also spoke about the attempted swoop during the presentation of new striker Luuk de Jong, although he was fairly coy.

"We could talk about many players because in the last days of the market we began various negotiations with players who could've helped us in the offensive third," Alemany stated.

"I would not like to talk about professionals who are not here but we have several windows and several players under control.

"Many things could happen, but in the end it happened that Luuk de Jong arrived as our forward."

The potential transfer came about when Antoine Griezmann finalised a switch back to Atletico Madrid.

But the only deadline-day transaction between the two clubs came with Barcelona selling 18-year-old starlet Ilaix Moriba to Leipzig for an initial £13.6 million with a 10% sell-on clause, after the midfielder wanted a higher salary despite only playing for Ronald Koeman's first-team once.