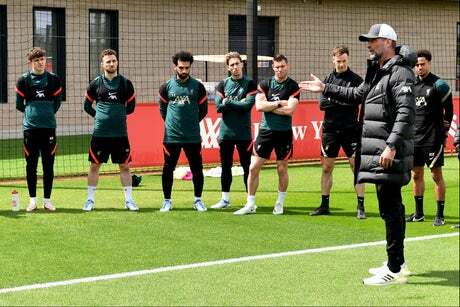 Manchester United icon Cristiano Ronaldo sent the Red Devils’ under-18 side an inspirational video before their FA Youth Cup success against Nottingham Forest.

The club's youth side claimed the title with a 3-1 victory at Old Trafford on Wednesday evening in front of a bumper crowd of over 67,000.

Alejandro Garancho was twice on the scoresheet for United, with Rhys Bennett also getting in on the act - Josh Powell finding the net for Forest on the evening. With the Red Devils scooping the trophy for the 11th time in their history, a number of lofty names including Sir Alex Ferguson, as well as first-team players Harry Maguire, Bruno Fernandes and David de Gea, were all in attendance.

Whilst Ronaldo himself was not present for the game, he did intervene before the match to ensure that the club's charges were appropriately prepared. According to the Manchester Evening News, the five-time Ballon d'Or winner sent a video message to the time.

As per the reports, the message was played in the dressing room before they stepped out onto the Old Trafford pitch and by all accounts, it went down extremely well - the team of course claiming the trophy.

Following the match, Man United U18s lead coach Travis Binnion was left praising the huge support during the game. Speaking to the club’s official website, he said: “[It feels] unbelievable]. I knew being at this football club, it was special. We’ve been blown away by the level of support and the level of interest.

Will Manchester United challenge for the title under Erik ten Hag next season? Have your say in the comments below.

“I’m not very often lost for words, but I am a little bit right now.”

Whilst it was certainly an excellent evening for the Red Devils’ young stars, it has also been a brilliant month for Ronaldo, too. The Portuguese was named the Premier League Player of the Month for April.

Despite United having only won one out of five games throughout the month, the 37-year-old was still on-hand to net five goals and in the process claimed his second monthly award of the season - and sixth overall throughout his career.

The former Real Madrid and Juventus star will be keen to round off his season on a positive with United’s sights set on their final Premier League match of the campaign. They are set to take on Crystal Palace at Selhurst Park where they will aim to secure a sixth-placed finish and avoid dropping into the Europa Conference League.

So far this season, Ronaldo has 18 Premier League goals to his name but looks highly unlikely to challenge for the Golden Boot with leading scorer Mohamed Salah some way ahead with 22 strikes to his name.