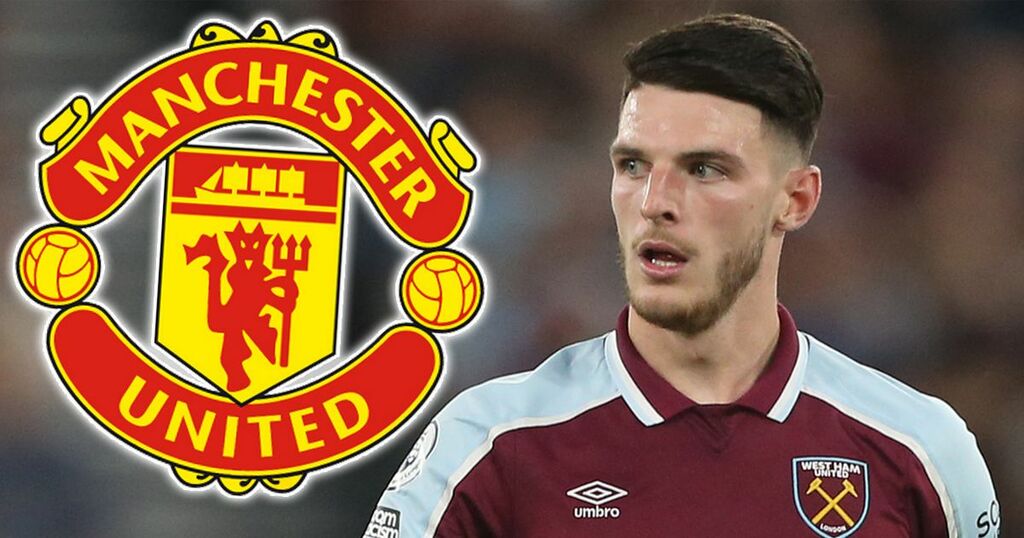 Manchester United have made West Ham United star Declan Rice their priority midfield target ahead of next summer's transfer window, according to reports.

Rice, 22, is a man in demand after a successful Premier League season with the Irons and an equally-impressive Euro 2020 with England.

He has been linked with the Red Devils and former club Chelsea, although a transfer failed to materialise this summer after West Ham set a lofty nine-figure asking price.

But Old Trafford chiefs remain keen on Rice and have held talks about how they could structure a bid for the player, who is valued at £100million.

That's according to the Manchester Evening News , which claims Ole Gunnar Solskjaer was keen to sign a midfielder this summer.

A right-winger and a centre-back were the priority, however, and Jadon Sancho and Raphael Varane arrived for £73million and £40million respectively.

The Red Devils also secured Cristiano Ronaldo's return after agreeing a £20million deal with Juventus towards the end of the transfer window.

While these signings left little in the club's coffers, Solskjaer and football director John Murtough are sure to have more funds at their disposal next summer.

The report suggests there may also be room in the squad for a new midfielder due to the uncertainty surrounding Paul Pogba and Donny van de Beek.

Pogba, 28, has less than 10 months remaining on his contract, while Van de Beek remains far down the pecking order and is yet to make an appearance this season.

Rice, meanwhile, is under contract at the London Stadium until 2024 and reports earlier this summer claims he will not be extending his stay with the Hammers.

Is £100million a fair fee for Declan Rice? Comment below.

This could convince the Hammers hierarchy to cash in on their vice-captain next summer, when they will still be in a strong negotiating position due to him having two years left on his deal.

Rice, for his part, is believed to be interested in moving to Old Trafford, where he would join forces with Three Lions teammates Harry Maguire and Luke Shaw.

The youngster is keen to keep evolving his game and spoke of his desire to burst forward from midfield more this season.

"That's what people want to see. Taking the game by the scruff of the neck and getting the ball, taking it forward and being progressive with it," Rice told Sky Sports in August.

"I feel that I've got it in me to do it, it's just picking my moments.

"I feel like this season definitely, if I see the chance to open up my legs into a bit of space to take the ball forward I'm definitely going to do it."