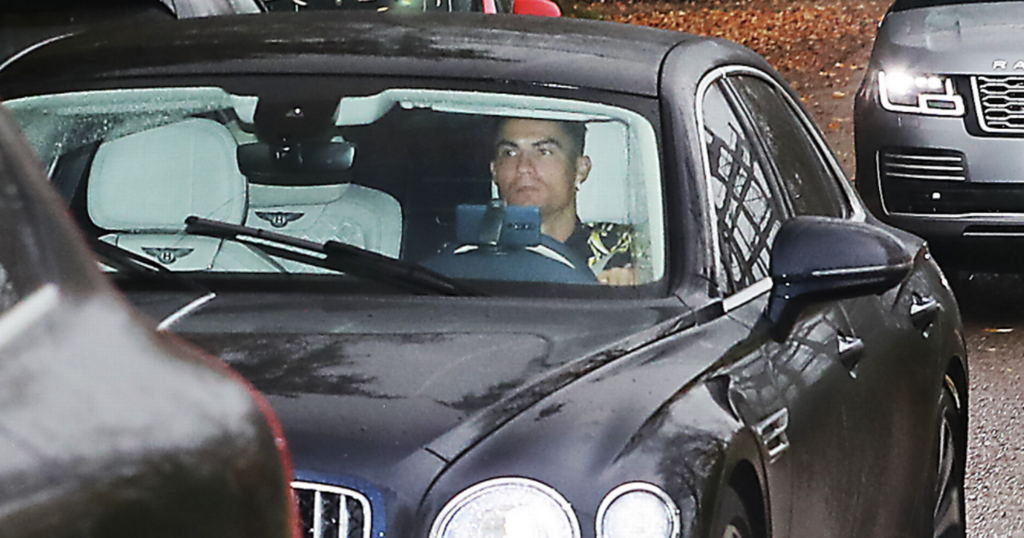 Manchester United are in a tough spot after the international break - and their senior players know it.

According to the Daily Mail, a number of senior United stars held crisis talks with manager Ole Gunnar Solskjaer at Carrington on Thursday.

It is reported that Solskjaer called in Cristiano Ronaldo, Harry Maguire, Bruno Fernandes, Luke Shaw, Victor Lindelof and Nemanja Matic for a meeting to discuss a plan to save United’s season.

Whilst the pressure is still on Solskjaer and his senior stars, discussions such as those are nothing new - even at Manchester United.

In fact, ex-Red Devils striker Dimitar Berbatov gave an insight into exactly how crisis talks can unfold at a club such as United shortly after their recent 5-0 defeat to Liverpool.

Join the debate! What do Manchester United need to do to turn things around? Have your say in the comment section below!

There is a precedent for senior players to take a lead, although in Berbatov's day it was the likes of Gary Neville, Paul Scholes and Rio Ferdinand rather than those now involved.

"Sometimes, the team can have crisis talk,” Berbatov told Betfair. “Only the players coming together in the dressing room to have a chat.

“I remember we used to do that back in the day with Gary Neville, Giggsy, Scholsey, Rooney and Rio would initiate talks like this in the dressing room, we would sit and chat and talk through problems.

“We would also talk after training or even when we were on the bikes doing a recovery session, we always used to speak about things and I'm sure they still do.”

In the aftermath of the 5-0 defeat to Liverpool at Old Trafford, Berbatov also highlighted the role a player of Ronaldo’s stature could play in such discussions.

"When you have players of Ronaldo's stature in the team, they can have an honest conversation,” the Bulgarian said. “And I hope they did, and strong words if they have to.

The Red Devils return to action against Watford on Saturday determined to turn around their fortunes.

The Manchester Evening News this week reported that United chiefs privately accept a change of manager will be needed, although that may not happen until the end of the season.

And top choice Brendan Rodgers responded to speculation by claiming it is “disrespectful” to Solskjaer.

"Firstly, it’s really disrespectful for you [a reporter] to ask the question when there is a manager in place - a good manager and a good man - who's working at the club,” Rodgers said.

"And secondly, I can’t really comment on it because it’s something that's not real.

"I’m here as the Leicester City manager; proud to be here, privileged to be here and fully committed to the players, the club and the ownership.

"And that's about it, really. All the other noise around that, is something we can't control."