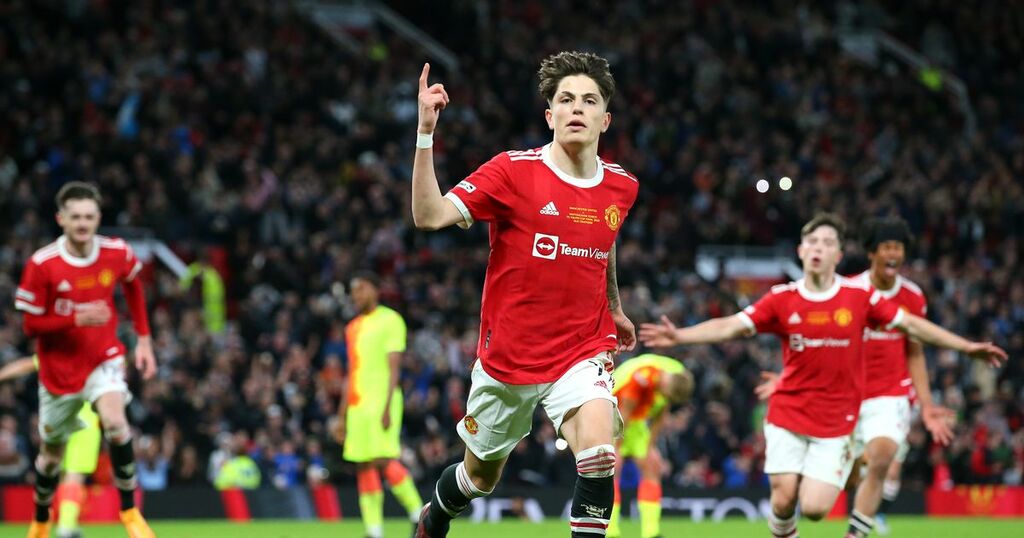 Autosport
From analysis to good news, read the world’s best news in one place
YRHC Celebrated The Two-Stroke Era At 2022 ASI Motoshow

The newly-crowned under-18 Player of the Year was starved of the ball for most of the evening but came up trumps by converting a controversial penalty in the 75th minute to seal United's 11 Youth Cup title. That was after Joshua Powell had equalised for Forest, profiting from a Radek Vitek howler.

The equaliser was a response to home captain Rhys Bennett opening the scoring after just 12 minutes at a sold-out Old Trafford. Garnacho grabbed his second in eight minutes of added-time, with a cruel deflection giving Aaron Bott no chance and all but handing the 'Class of 22' the trophy.

The Red Devils were looking to win the Youth Cup for the first time since 2011. Paul Pogba, Jesse Lingard and Ravel Morrison all featured in that team, who beat Harry Maguire 's Sheffield United 6-3. Now Travis Binnion's exciting side were tasked with extending United's rich history in the prestigious competition after a memorable campaign.

But the man who led Pogba and co to glory 11 years ago, Warren Joyce, was now in the opposite dugout, looking to mastermind a win for Forest's fledgings, having beaten nine-time winners Chelsea in the semi-finals. A run of 13 games unbeaten further proved their pedigree and not a single point separates them in the league table.

Before the game got under way, the match had broken a record that shows the appetite for youth football in Britain - or maybe just some good football on show at Old Trafford. The Red Devils' website confirmed on Wednesday morning that Old Trafford was a sell-out after more than 67,000 tickets were snapped up, including 6,000 by travelling Forest fans.

The previous record was 38,187 for when United faced Arsenal at the Emirates in the 2007 semi-final. Tickets were sold for just £1 and all the proceeds went towards the Manchester United Foundation, which works with disadvantaged children across Greater Manchester.

Not only were supporters from Manchester, Nottingham and the players' families watching on, there were a number of star names in the stands. Sir Alex Ferguson was chief among them, with fellow Red Devils legends Bryan Robson, Ryan Giggs, Michael Carrick and Nicky Butt joining him.

As both sets of players steadied themselves after a nervy start, the Red Devils drew first blood in the 13th minute through captain Rhys Bennett. It was Forest captain Jamie McDonnell, a Northern Ireland youth international, who couldn't deal with the trickery of Norwegian starlet Isak Hansen-Aareen and gave away a foul on the right flank.

Sam Murray's left-footed free-kick was emphatically met by 18-year-old Bennett, whose header creeped through away goalkeeper Aaron Bott's hands and into the back of the net to send Old Trafford wild.

Just as Forest's stopper was culpable for the Red Devils' goal, United's Radek Vitek would make a mistake of his own and allow the visitors to draw level. Joshua Powell found space on the edge of a penalty area and took a speculative, well-driven shot which slipped through the Czech's hands and nestled in to make it 1-1.

Vitek was visibly distraught with his error which came on the eve of half-time, as his teammates consoled him in hope of boosting his confidence.

5. Spot on from Garnacho

Having enjoyed a dramatic first half, the second period was less of a spectacle. However, everyone on Old Trafford was on their feet in joy or anger in the 75th minute when referee Josh Smith awarded the Red Devils with a penalty. Alejandro Garnacho, awarded with the famous Jimmy Murphy Player of the Year award pre-match, was brought down just outside the area, but Smith still pointed to the spot.

Forest were furious with the decision and Garnacho made no mistake slotting past Bott straight down the middle. The young Argentina international, born in Madrid, wheeled away in celebration in front of the Stretford End and pulled out of the 'Siu' celebration in homage to Cristiano Ronaldo.

The United starlet has already had a taste of first-team action this season, but the goal will undoubtedly be the highlight of his term as he sealed an 11th FA Youth Cup title for the club with his second strike that took a huge deflection.

Have your say! Which Man Utd youngsters should Erik ten Hag consider? Give us your picks in the comments section.

After getting well acquainted with one another over the course of 90 hard-fought minutes, the two teams will do it all over again on Saturday. The under-18 sides will face off at United's Carrington training complex in three days' time, with both the Red Devils and Forest locked on 41 points in third and fourth place respectively.

Not only is the rematch a change some sort of revenge, but it's final day of the season and one which could decide the futures of a host of young stars at each club.