Some of the Premier League 's finest talents – including Declan Rice, Harry Kane and Andy Robertson – have been turned down by academies. It can happen to any player and staying in the shop window was always a challenging task… until 2018.

"I was quite fortunate to be at Man Utd for as long as I was," Brandy tells Mirror Football , explaining why he launched Skouted. "I was getting a contract every year. I was seeing players who might not have had the ability to make it at Man Utd, but they might have made it elsewhere.

"These players’ parents or guardians didn’t really have the connections to contact other professional football clubs, so they’d fall out of love with football – whether that’s doing something totally different or falling into crime or whatever it is.

"As the years went on, the idea probably came into play when I was about 28. I just decided that I needed to build a platform where players – of all levels and ages – can self-upload video footage to keep themselves in the shop window, to still have the potential to make a career in football.

"We’ve had Premier League scouts use it, League One and the Championship. Even scouts abroad in the Bundesliga and Serie A have used it. It’s at working standard, but there are a lot more features that need to be implemented onto the app."

Skouted isn’t just a social network. Brandy is also arranging trials, giving players the chance to impress scouts in person. The next set of trials – for those aged between 14 and 21 – are pencilled in for July.

"We’ve got the app – where players are always going to be in the shop window on a global scale – but I do think it’s important that we throw in the trials, as well. Whether that’s selecting players from the app or selecting players that have signed up to the trials from word of mouth.

"Players need to actually be in front of the scouts because scouts are not going to look at players on the app and say: ‘Right, we’re going to sign him or her and give them a five-year contract’. It’s not going to happen like that. The app gives scouts a feel of what type of player they could potentially be signing… it’s important we merge both the app and the trials together."

What's your favourite Sir Alex Ferguson story? Let us know in the comments below!

He played for England at various youth levels – going on to pick up two senior caps for Saint Kitts and Nevis – and was part of the Man Utd team that reached the FA Youth Cup final in 2007.

Although the Red Devils suffered a penalty shootout defeat to Liverpool, Brandy has fond memories of that two-legged affair. He was part of MUTV’s punditry team for Man Utd’s 3-1 victory against Nottingham Forest in this year’s final at Old Trafford – winning a record 11th title.

"It’s a competition I’ve always liked. I played in two Youth Cups and one final against Liverpool. We beat them 2-1 at Anfield – I won a penalty in the Kop end – and they came to Old Trafford because it was two legs back then. I think they beat us 1-0 on the night and then on penalties. But that experience – it’s one that will live with me for a long time."

The footballer-turned-CEO learnt plenty during his time at Old Trafford, working under the great Sir Alex Ferguson. "Just to see a few traits and attributes he’s got [was great].

"As I’m older now, you look back and start to understand why he was at the top for so long. He had second-to-none leadership levels because he knew how to get the best out of players that came from all different walks of life."

On his time at Man Utd, Brandy adds: "It was fantastic. I signed when I was seven or eight – left when I was 21 – so I saw a lot. I was a teenager when I saw Cristiano Ronaldo come in. Training with the likes of Ronaldo, Rio Ferdinand, Gary Neville, Ryan Giggs and players like that [was fantastic].

"And to be managed by [one of the best] if not the best manager of all time, which is obviously Sir Alex Ferguson. Just to be around that environment is an experience that will always live with me."

On whom the best player in training was, Brandy says: "I think it’s Paul Scholes. Everyone says Paul Scholes, but to actually train with him – it’s a different ball game. Because he was that good, he would get put on the lesser team – let’s say – and that team would end up winning!

"He was the type of player you would just pass the ball to – whether he’s got five, six players around him – and he would always create some sort of space to get himself out [of danger] – and not just to get himself out, but also then find a key pass. He was the one that stood out in training."

Brandy’s professional career ended aged 28, yet he didn’t find the transition into retirement as difficult as some players. "As you get older – as you get into your mid-twenties – you start to think: 'Football doesn’t go on forever'.

"When I was 27, 28, that’s when I started to put Skouted into place because I needed to have something football-wise that’s also business-wise. I’ve always been business-minded – whether that was coaching or starting my own business. I always knew I was going to do something else. To be fair, the transitions have been pretty easy for me."

Now the focus for Brandy is growing Skouted and grasping other opportunities that come his way. "I’m one to test the waters with a few things. Skouted is going to be my main business. I’m starting with football because it’s what I know, but then we’re going to branch out to Skouted rugby, tennis, NFL, basketball… everything else."

Skouted has already helped thousands of players keep their dream of becoming professional footballers alive. It’s only a matter of time before one of them is walking out at Old Trafford. 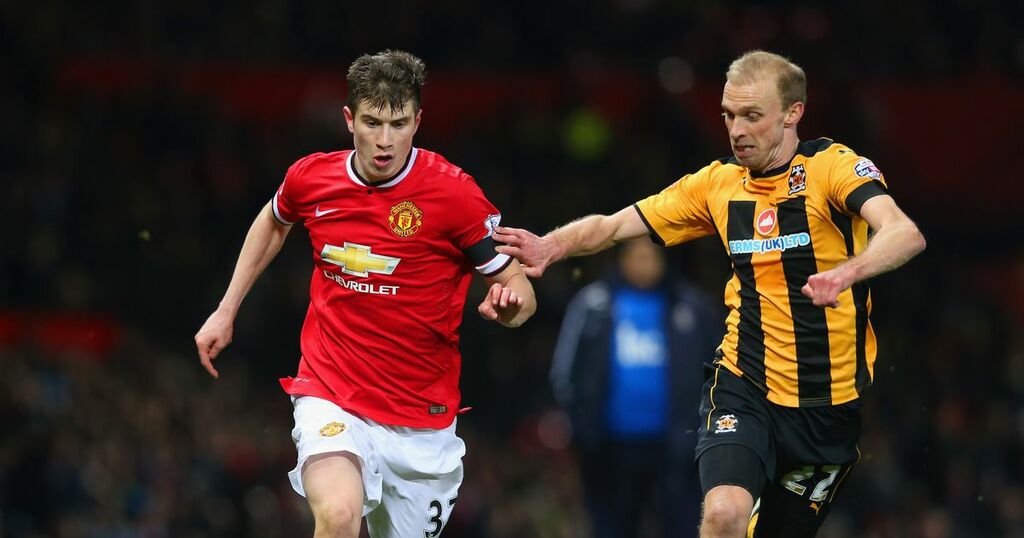