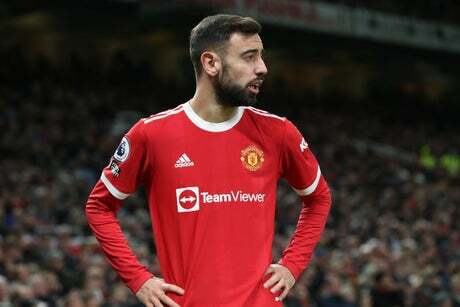 Manchester United midfielder Bruno Fernandes has poured cold water over suggestions he could leave the club.

The Portuguese had been linked with what would be a surprise move to Barcelona by some media outlets amid a backdrop of uncertainty at Old Trafford.

While struggling to turn things around at the moment might not be an accurate reflection on Ralf Rangnick’s coaching ability, there’s little doubt the German has it all to prove at a club of such magnitude.

Fernandes, who shone so brightly under Ole Gunnar Solskjaer has struggled himself this season too and is currently on a run of four Premier League games without a goal.

Still, despite the problems, the 27-year-old hit out at the rumours, responding directly to an Instagram post.

“And I thought we had changed the year a few days ago and after all we are already on April 1st,” he wrote.

“Or is it once again just bad journalism?”