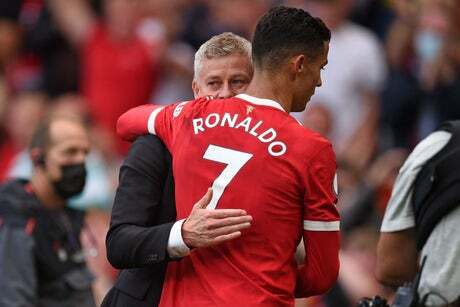 Cristiano Ronaldo starts again for Manchester United in Switzerland tonight and that pick for the Champions League clash is certainly be warranted given his brace in his second debut for the club on Saturday.

Although manager Ole Gunnar Solskjaer may need to manage the 36-year-old’s minutes across the season, he continued in the XI tonight, with Edinson Cavani still recovering from a knock picked up in training.

As a result, the Uruguay striker has not travelled with the squad for the group opener with Young Boys, although he could face West Ham on Sunday.

David de Gea has strengthened his claim to the number one jersey but acknowledged that Dean Henderson is breathing down his neck, though the Englishman is not in tonight’s squad.

Ahead of the Spaniard, Raphaël Varane, a four-time Champions League winner with Real Madrid, is left on the bench as Victor Lindleof partners Harry Maguire.